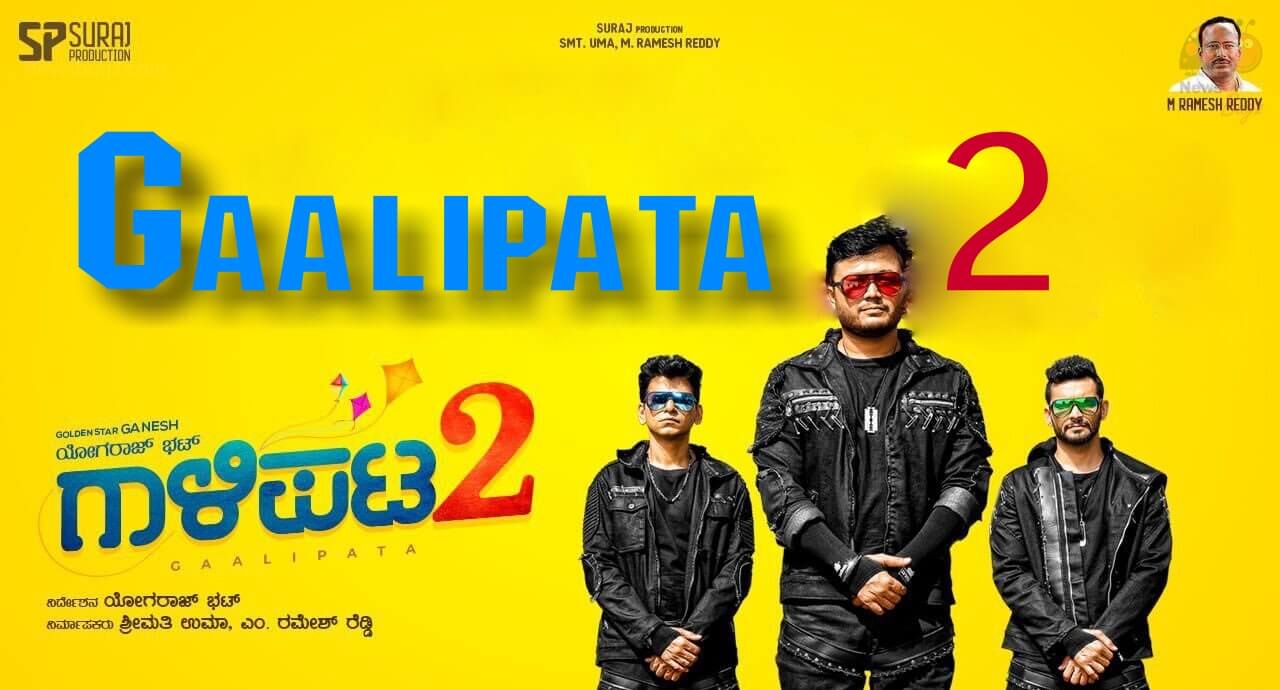 Gaalipata 2 is an upcoming Kannada movie written and directed by Yogaraj Bhat. Smt. Uma M Ramesh Reddy produced this film under the banner of Suraj Production. This movie features Ganesh, Diganth, Ananth Nag, and Pawan Kumar in the lead role along with Sharmila Mandre, Vaibhavi Shandilya, Nishvika & Samyuktha Menon. Arjun Janya joined his hand with Yogaraj Bhat for the first time to make a sequel to the 2008 blockbuster Gaalipata. The filmmakers decided to release the movie on August 12, 2022.

Arjun Janya composed songs and background music for this film. Deepu S Kumar served as the editor while Santhosh Rai Pathaje was in charge of cinematography. The film is about three youngsters sent to a mentor by their parents to learn obedience. But life takes an unexpected turn they face multiple troubles. What happens to them, what are all the life lessons they learned, and did they have a happy ending is the main plot of the film.

Here are the known cast members of Gaalipata 2,

The announcement of the Gaalipata 2 OTT release will be made a month after its theatrical release. We believe that Disney+ Hotstar might acquire the streaming rights for this movie. Stay tuned with Newsbugz.com to know where to watch the Gaalipata 2 movie online.

The filmmakers will soon release the songs and film scores for this movie.