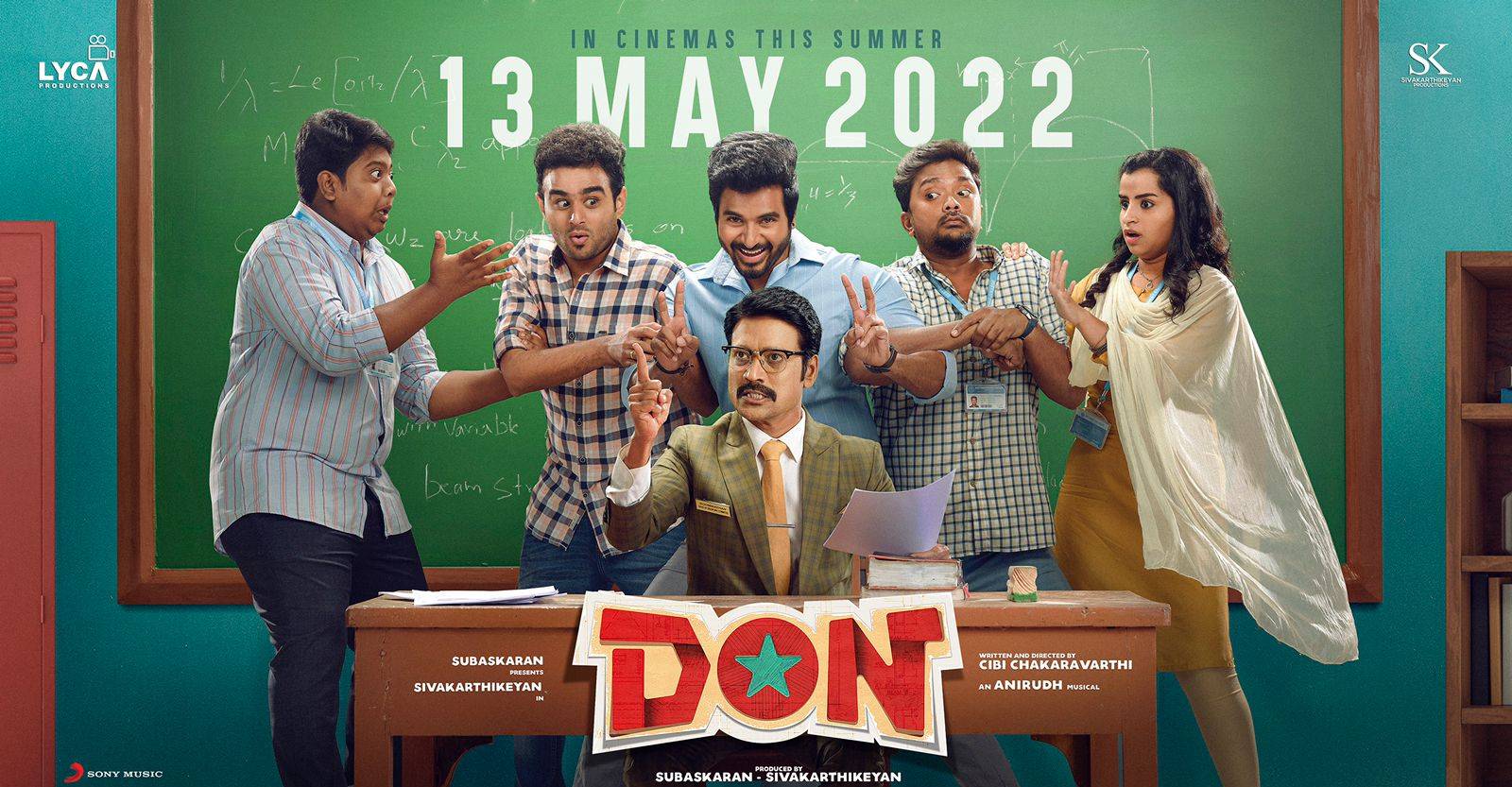 Don is an upcoming Tamil movie starring Sivakarthikeyan in the lead role. Directed by debutant Cibi Chakaravarthi, the film was bankrolled by Subaskaran Allirajah’s Lyca Productions. Don Tamil movie has Anirudh music. The makers released the motion poster video of the film showing some college locations with cultural programs. Director Cibi had assisted Atlee in Theri and Mersal. Seems to be a colorful fare, Sivakarthikeyan Don film shoot starts in March 2021. Priyanka Mohan plays the female lead role in the film while SJ Suryah plays an antagonist character. The film has many television stars like Vijay TV fame Sivaangi, Zee Tamil Mirchi Vijay. The makers of the movie announced the release date, and the theatrical celebration starts on May 13, 2022.

Here is the main cast list of the upcoming Don Tamil movie 2022,

Stay tuned with NEWSBUGZ.COM to know more details about the Don movie. Amazon Prime Video bought the streaming rights for this movie.

Here’s the first look poster for the upcoming Don Movie