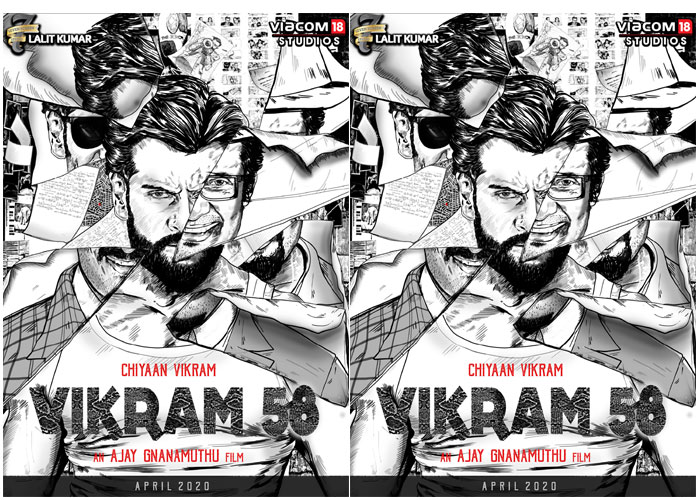 As fans are waiting for the updates on Chiyaan Vikram‘s upcoming movie, it is rumoured that the Ajay Gnanamuthu’s directional was titled as “Amar“. As per the report, the official confirmation will be unveiled on Christmas, which is the birthday of Jesus Christ.

Recently, the shooting spot stills in Alleppey were making rounds on the internet. The first look reveals that Vikram will be seen in multiple looks in the film. The film features an ensemble cast including Srinidhi Shetty of KGF fame, Irfan Pathan, KS Ravikumar and Pradeep Ranganathan are playing crucial roles in the film.

Chiyaan Vikram 58 (Amar) is being produced on high budget by Lalit Kumar under 7 Screen studio in association with Viacom 18 studios. Chiyaan Vikram’s first collaboration with director Ajay Gnanamuthu is being made in Tamil, Telugu and Hindi. The movie has AR Rahman‘s music and cinematography handled by Sathyan Sooriyan.