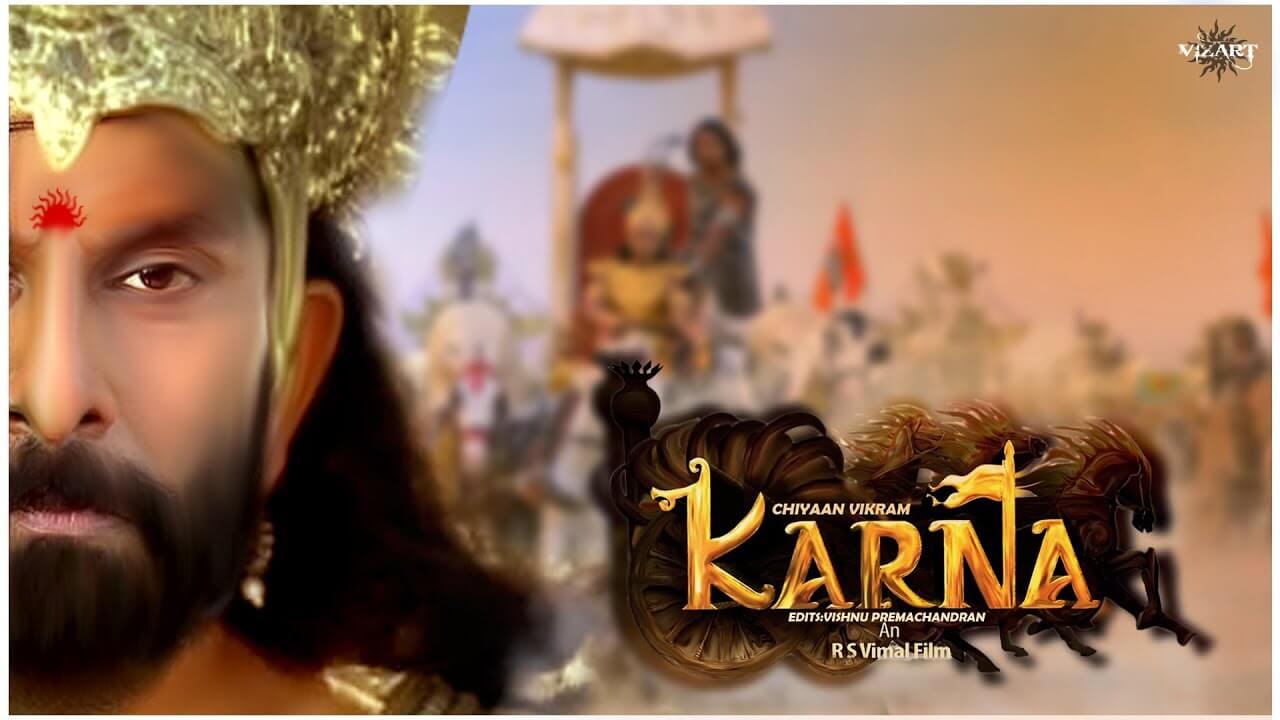 Mahavir Karna is an upcoming multilingual movie starring Vikram in a prominent role. This historical drama film is directed by R.S.Vimal, who earlier made the critically acclaimed, Ennu Ninte Moideen in 2015. The magnum opus is being bankrolled by United Film Kingdom, New York with a whopping budget of 300 crores. The film will be made in Tamil, Malayalam, and Hindi languages.

The film was officially launched on December 3 with a special pooja at the Sree Padmanabha Temple in Trivandrum. Malayalam Actors such as Suresh Gopi, Indrans, and Unnikrishnan attended the ceremony. The makers received a holy temple bell, that will be a part of the 30 ft high chariot of Karna, which will be featured in the movie. Mahavir Karna movie is in the final rounds of pre-production and is expected to go on floors next year. It is also said that technicians will be hired from the International circuits for the VFX and special effects in the film. Check out below for Mahavir Karna Movie 2022 Cast, Songs, Teaser, Trailer, Release Date and Review.

Here is the main cast list of Mahavir Karna 2022,