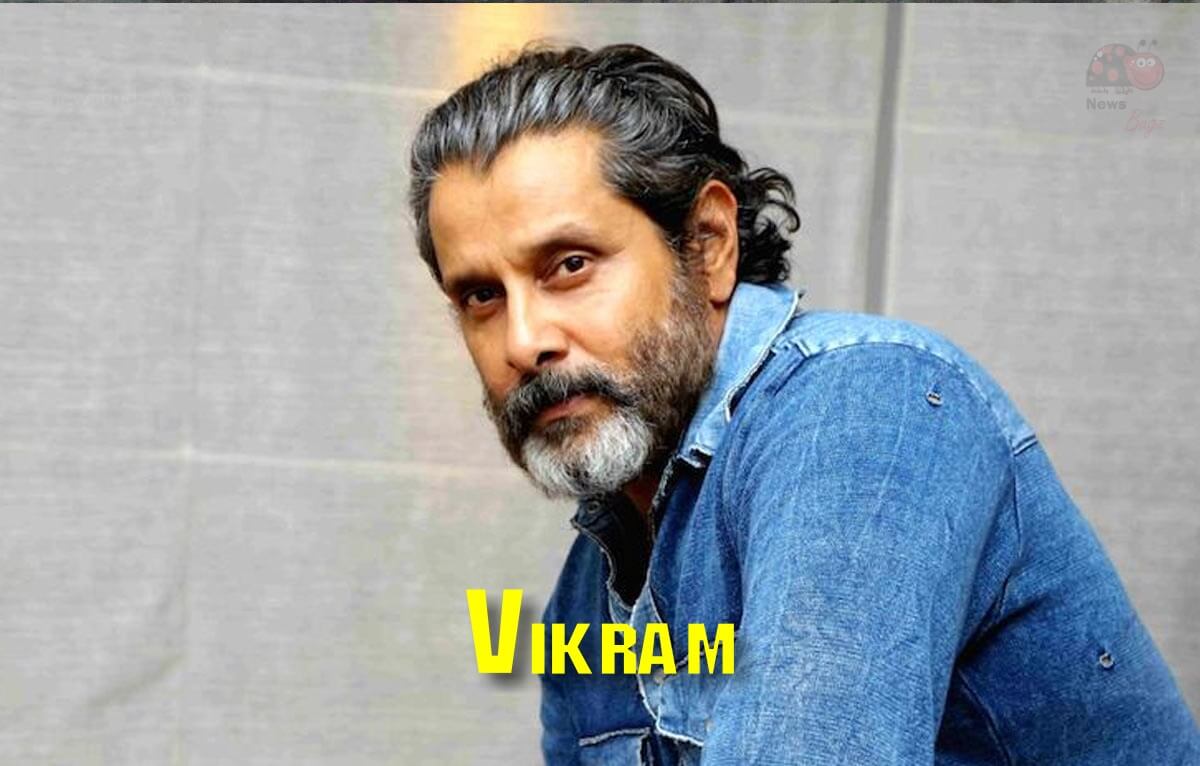 Vikram (born Kennedy John Victor) also known as Chiyaan Vikram, is an Indian Actor and Singer, who mainly appears in Tamil Language films. He has won seven Filmfare Awards as well as one National Film Award and the Tamil Nadu State Film Award amongst other recognitions and was awarded the Honorary Doctorate by the People’s University of Milan in May 2011. Vikram made his debut in the film En Kadhal Kanmani (1990), which was followed by a series of small-budget Tamil, Malayalam, and Telugu films in the 1990s. Chiyaan started his Cobra movie promotions on August 23, 2022.

He gained the name and fame in the success of Bala’s tragedy film Sethu (1999), in which Vikram appeared as a rogue turned over, and started a successful career as an actor. As per the sources, Vikram suffered a heart attack and has been admitted to Kauvery Hospital in Chennai.

His father, John Victor (alias Vinod Raj) was a native of Paramakudi and ran away from home to start a career in films. His father didn’t become very successful and only managed to act in supporting roles in Tamil films and television serials, and this made Vikram take part in theatre lessons and become professionally trained in the classical and cinema dance forms to ensure he become a leading actor. Rajeshwari, Vikram’s mother, was the sub-collector, and her brother, Thyagarajan is an established director and actor in the Tamil film industry, with his son, Prashanth, being Vikram’s first cousin. Vikram was educated at Montfort School, Yercaud, a boarding school in a hill station near Salem, and graduated in 1983.

Vikram has completed his graduation in English literature from Loyola College, Chennai, and working halfway through the MBA program. Through the prolific dramatics club, Vikram appeared in stage productions including college adaptations of The Caine Mutiny Court-Martial and Peter Shaffer’s Black Comedy, receiving best actor awards for his performances. After winning the Best Actor Award at the function held at IIT Madras. He remained hospital-ridden for three years during college and subsequently went through twenty-three surgeries to prevent his leg from being amputated. He began his professional career by modeling in advert films for brands including Chola Tea, EVS Excel, and Alwyn watches as well as appearing in the six-episode television serial titled Galatta Kudumbam, Which aired between November and December 1988. During his final year of the M.B.A program at Loyola College, he was known by the film industry, with veteran director C. V. Sridhar approaching him for a lead role in the film.

Take a look at the cool new photos of Kennedy John Victor aka Vikram,