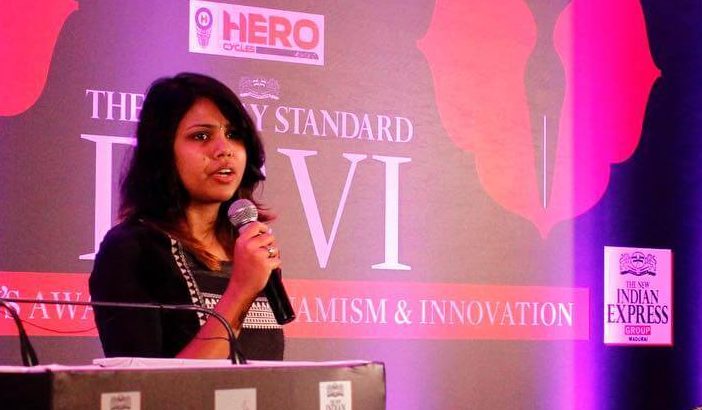 Bhakti Sharma is an Indian woman and youngest in the world who set the record in open swimming in Antarctic waters. She has swum 1.4 miles in 41.14 minutes at the temperature of 1 °C, with that, she has broken the record of Lynne Cox (USA) and Lewis Pugh (Great Britain). She has swum nearly in five oceans in the world apart from swimming she has crossed eight other seas and channels as well. Moreover, she was awarded the Tenzing Norgay National Adventure Award in the year 2010. Check out below for Bhakti Sharma Wiki, Biography, Age, Family, Images and more.

Bhakti Sharma was born on 30 November 1989 in Udaipur, Rajasthan, India. Bhakti Sharma family is now residing in Mumbai, Maharashtra, India. Her father name is Chandra Shekar Sharma and her mother name is Leena Sharma. She did her schooling in Symbiosis School of Media and Communication, Bengaluru and she did her graduation in Mohan Lal Sukhadia University, Udaipur, Rajasthan. Bhakti Sharma started her swimming career at the age of 2 and half years and she was coached by her mother.

Later she participated in various District and State level competitions, and in the year 2003, she made her first open water swim for 16 km from Uran port to Gateway of India at that time she was just 14 years old. In the year 2008, with her mother Leena Sharma and Priyanka Gehlot, she grabbed the Asian record for the first swim by a 3-member women’s relay team across the English Channel. Moreover, she shared her world record with her mother for and it is the first pair that mother-daughter has swum across the English Channel. Apart from this, she is only the third person in the world has swum in the Arctic Ocean, with that she has swum in the Antarctic Ocean to become the youngest to swim in all five oceans.