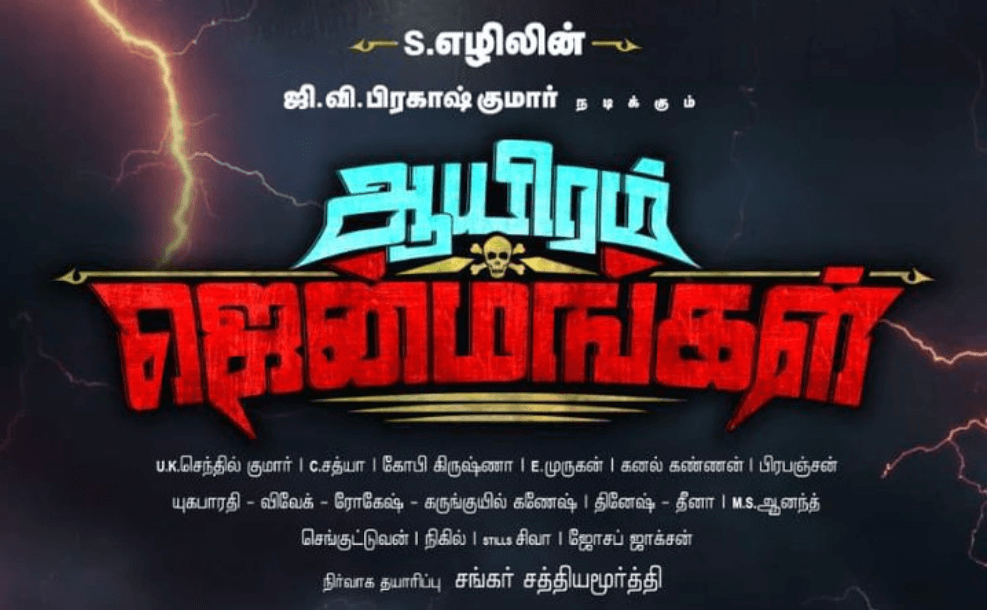 Aayiram Jenmangal is a Tamil movie starring GV Prakash and Eesha Rebba in the lead role. Touted to be a horror-comedy, the film was written and directed by Ezhil. C Sathya will be composing the music and cinematography will be handled by UK Senthil Kumar. The film is being produced by Ramesh P Pillai of Abhishek Films. The film also stars Nikesha Patel, Sathish, Sakshi Agarwal of Bigg Boss fame and Chithra Lakshmanan.