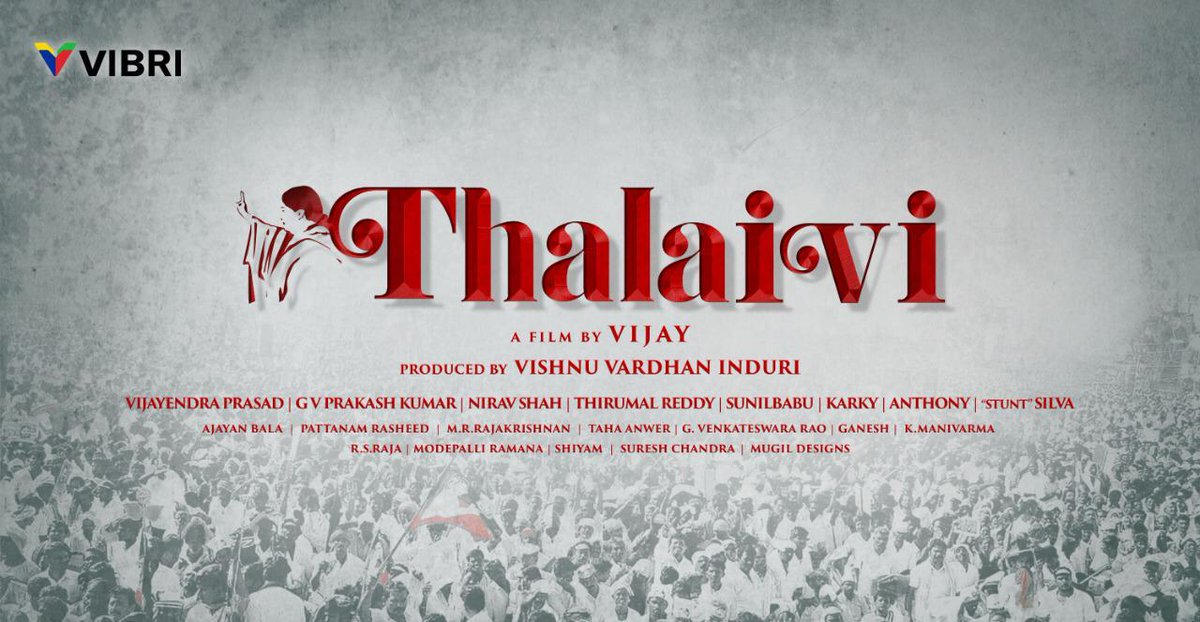 Thalaivi is a biopic of late chief minister Jayalalithaa. It is written and directed by AL Vijay. Bollywood actress Kangana Ranaut will be reprising former CM of Tamil Nadu, J Jayalalithaa. The biopic will be made in three languages (Tamil, Telugu, and Hindi) was produced by Vishnu Vardhan Induri. Music director GV Prakash Kumar composes the songs and background of this movie. Nirav Shah handles the cinematography and Anthony for editing with stunts choreographed by Silva. Ace writer Vijayendra Prasad has been brought on board as the team’s mentor. The film is scheduled for a theatrical release on 10th September 2021.

Here is the main cast list of the Thalaivi movie 2021,