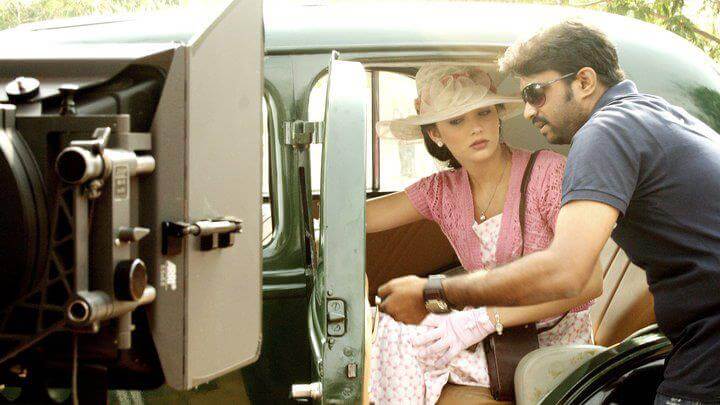 A. L.Vijay is an Indian Movie director, who is working for the Tamil Film Industry. He made his debut Tamil movie as a director movies like Kireedam which has got a critically acclaimed and his next movie Madrasapattinam has reached a box office hit. Now he is working in the movies like  Karu / Kanam in both Tamil and Telugu and Lakshmi. Check out below for A. L.Vijay Wiki, Biography, Age, Movies List, Wife, Father, Images.

A. L.Vijay Early Life and Career

A. L.Vijay was born on 18 June 1979 in Chennai, Tamil Nadu, India. A. L.Vijay family, his father, is A.L. Alagappan who was the President of Tamil Nadu Producers Council and his mother details will be updated soon. He did his schooling, and graduation details will be updated soon. A. L.Vijay wife name is Amala Paul on 7 June 2014 they both got engaged in Aluva, Kochi, with that, they got married on 12th June at Chennai. Later within two years, they got separated, and in the year 2017 were declared officially divorced. After that, there were many rumours about him spreading in the media connecting him with actress Sai Pallavi. Later on 12 July 2019, he married Dr Aishwarya in a private ceremony in Chennai. He started his career as an advertisement filmmaker, where he was a successful ad-maker. He indulged with Mumbai-based banner Venus Productions and completed nearly 100 ad films. A. L.Vijay’s State Bank of India commercial has won the CNBC’s Best Corporate Advertisement Award in the year 2009. Then by the help of these commercials, he developed his skill and in the year 2003, he started his feature film by joining with Priyadarshan as an assistant director.

He made his debut movie is Kireedam in the year 2007, which is a remake movie that released in 1989 that is directed by Sibi Malayil and written by A. K. Lohithadas. Then it is one of the box offices hit movies, and he started his second movie Vijay returned to work as an assistant to Priyadarshan for the Award winning movie Kanchivaram. After Kanchivaram Priyadarshan approached Vijay to remake the Hindi film Khosla Ka Ghosla as Tamil and the movie titled as Poi Solla Porom and it completed in just 34 days. Then his movie Madrasapattinam was produced by Kalpathi S. Aghoram of AGS Entertainment, and this movie was released in 2010 it has reached the critically acclaimed. Then he went for the movie Deiva Thirumagal, which is his four years plan and it has also reached the critically acclaimed. Later he directed for The Edge concert that conducted by Harris Jayaraj. Then he appeared as a director, writer as well as producer for various movies and shown his talent.