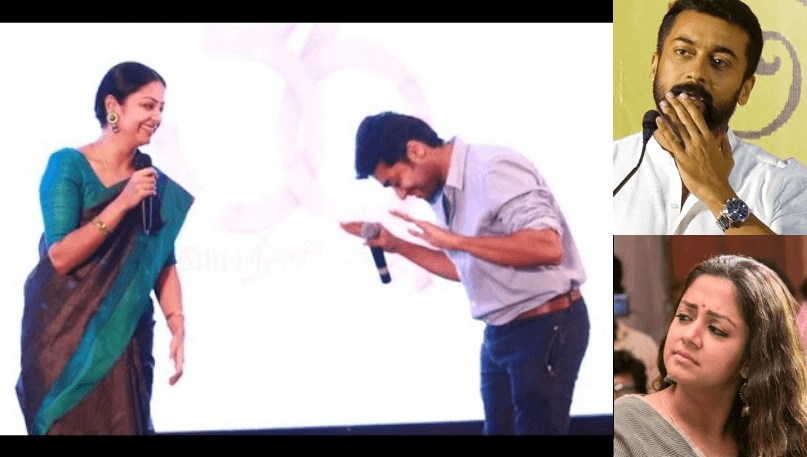 Evergreen Actress Jyothika was in news recently when a video of her from an award function did heavy rounds on the social media. In the video, she stated the importance of maintaining schools and colleges on par with temples. She mentioned that the old historical temple in Tanjore was maintained like a palace and hospital wasn’t maintained well. She requested people should also donate to hospitals and schools instead of temples.

Meanwhile, Suriya thanked everyone who stands with Jyothika’s statement. He also pointed out that her speech was correct and he stands strongly with the statement while there is nothing wrong in it. He also added that this statement was already given by Indian Hindu monk Swami Vivekananda. Sharing a letter statement, he captioned “அன்பைவிதைப்போம் #SpreadLove”. Take a look