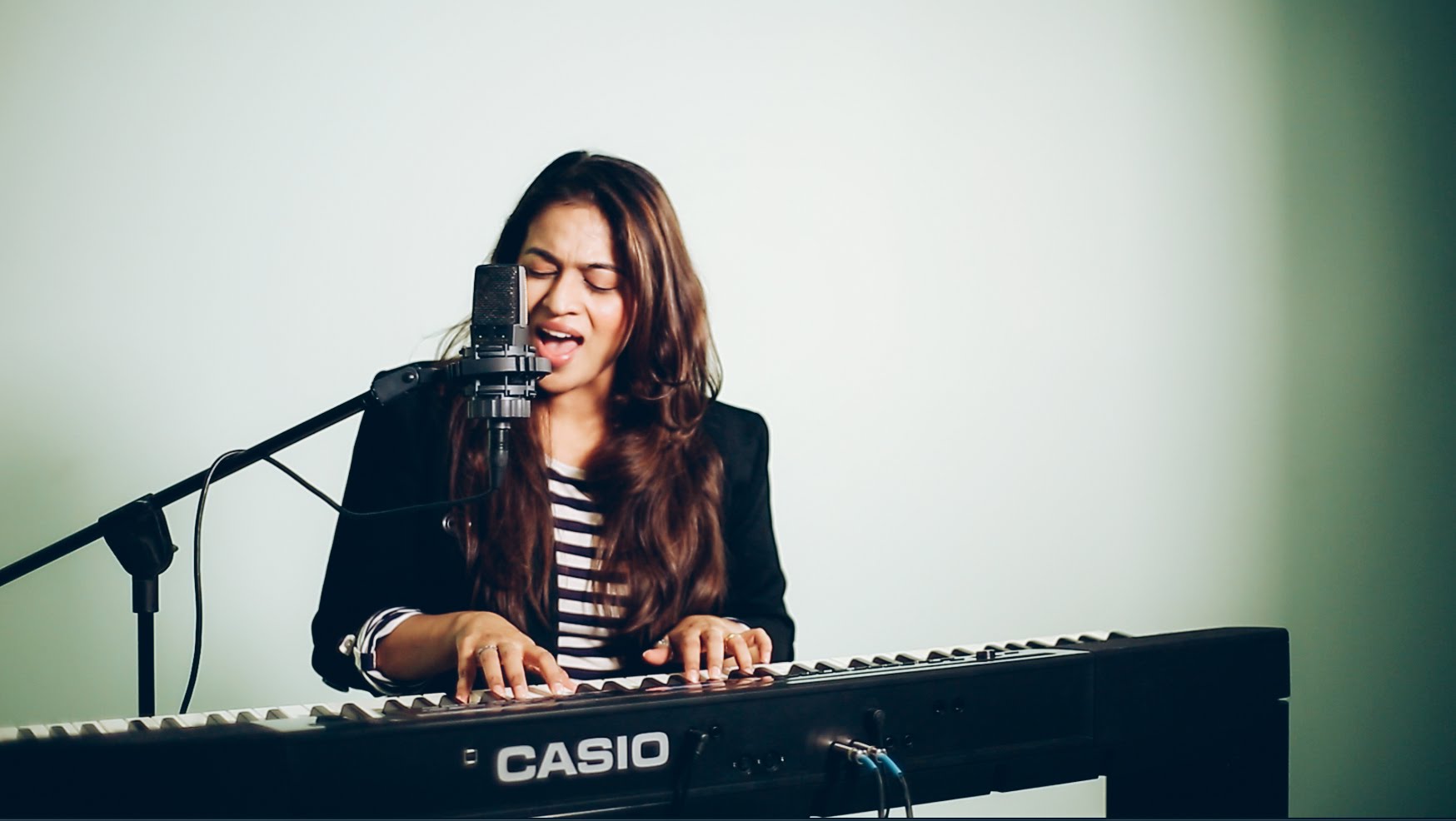 Sunitha Sarathy is an Indian playback singer, vocalist and performer in both Indian contemporary and Western classical music genres, who predominantly appears in Tamil film industry. She made her debut song as a playback singer for the movie Yei! Nee Romba Azhagey Irruke, where she appeared as a guest singer and she has sung both the prelude and interlude portions of the song “Ini Naanum Naanillai” with Srinivas and Sujatha Mohan as the lead singers. She recently worked for the movie Tik Tik Tik which is a Tamil movie for the song “Tik Tik Tik”. Check out below for Sunitha Sarathy Wiki, Biography, Age, Songs List, Family, Images and more.

Sunitha Sarathy was born in Chennai, Tamil Nadu, India. Sunitha Sarathy father name is Sarathy and her mother name is Susheela Sarathy. Her schooling and graduation details will be updated soon. Once before she enters into the film industry she won the “Virgin Voice Choice” contest which is the joint initiative of Channel V and Virgin Records of the year 2000. After that, she featured in the film industry from the movie Yei! Nee Romba Azhagey Irruke for the song “Ini Naanum Naanillai” along with Srinivas and Sujatha Mohan. Sunitha Sarathy husband name is Rahul Gopal.

She not only sings songs in Tamil she also sings songs in other languages like Telugu, Hindi, Kannada and English. She got a breakthrough and wider recognition after her solo song “Thoodu Varuma” from the blockbuster Tamil movie Kaakha Kaakha. Moreover, she got a national recognition by the movie Aaytha Ezhuthu which is a bilingual Hindi – Tamil film and the song was composed by A.R. Rahman. She recorded her voice for many successful soundtracks in some of the famous movies like Mitr, My Friend, Anniyan, Polladhavan, Vallavan, Kana Kandaen, Don 2, Happy Days, Sainikudu, Cheluvina Chittara and much more. Moreover, she performed a song on the 2006 Asian Games. Sathya has sung around 200 film songs in various languages, and in Western music genres like classical, jazz, soul and R&B, neo-soul and quiet storm.