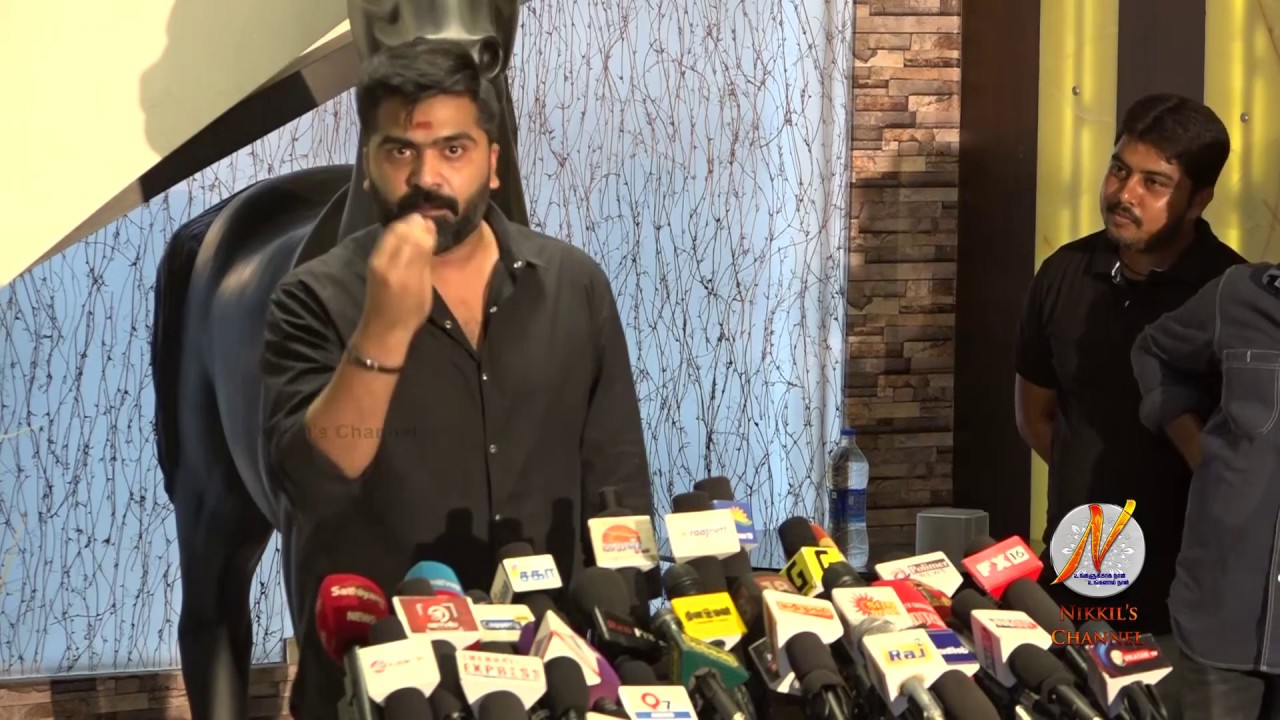 Earlier, Actor Simbu had requested his fans not to do cutouts and milk abhishekam on February 1st the release date of his ‘Vantha Rajaavathan Varuven‘ directed by Sundar C. Later, STR released another video in which he stated that some persons had trolled him by saying he has only one or two fans. So, he requested his fans through the video to indulge in big way by pouring barrels of milk on his cutouts to show his critics the power of his fan following.

After the video went viral, the Cooperative Milk Producers Union of Tamil Nadu has taken strong objection towards Simbu’s statement and have given him an demand to apologize or face a case.

Meeting the media today in Chennai, actor Simbu said that he has always been against cutouts and milk abhisekham.

“Even at the “Ezhumin” audio launch, I spoke about the ill effects of such dangerous celebrations. I initially asked my fans to spend their hard earned money to their parents but that speech didn’t reach many. However, when I asked them to pour milk in containers that video became viral. My intention was to pour the milk in a container and give it to the needy people. If my previous speeches hurt anyone, I apologize. Media people should kindly spread my good thoughts to the people. You can always ask any kind of questions and I’m open to answer to it”, said STR.