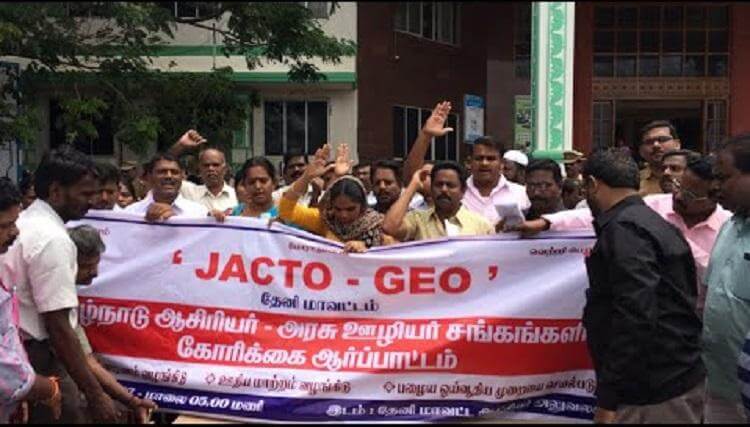 Thousand of Tamil Nadu Teachers striking and refusing to return to work on Monday. Tamilnadu government’s Chief Secretary Girija Vaidyanathan has already warned that severe action would be taken against the protestors. Director of School Education V.C. Rameswaramurugan extended the deadline for the protestors to rejoin work till 9 a.m. today. He also said that if striking teachers failed to return to work, their positions would be considered vacant and would be filled up eventually.

However, the JACTTO and the GEO have maintained that they will continue to protest until their demands are taken by the government.

On Monday, the Tamil Nadu Secretariat Association, TN Government Officials Union, among other associations, too announced a protest on January 30.

A total of 96,207 teachers working in schools under the Directorate of Elementary Education, or 65% of the working strength, didn’t report to work yesterday.