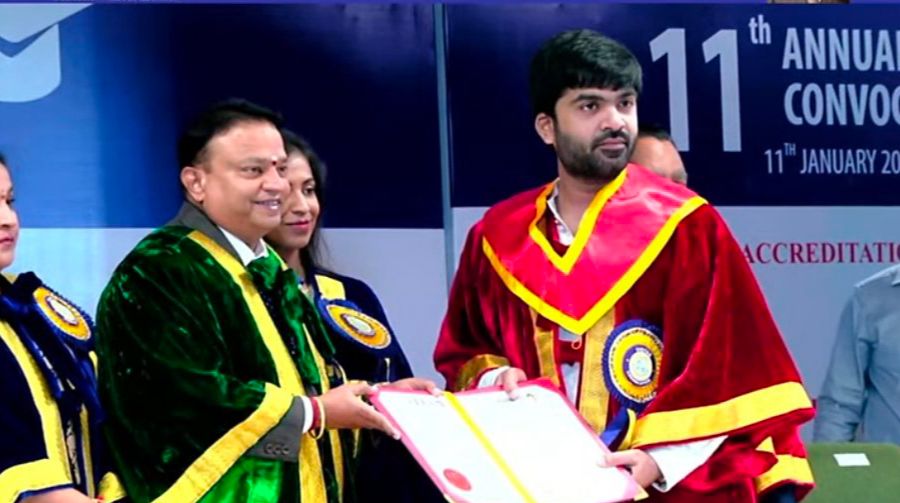 Vels University honored actor Simbu for distinguished excellence in the field of cinema on January 11, 2021. Silambarasan’s recent blockbuster Maanaadu makes a huge success in his career. He also has some interesting projects on his kitty likeVendhu Thanindhathu Kaadu, Corona Kumar, and more. It is to be noted that along with Simbu, VG Santhosam of VGP groups, and Mariyappan Thangavelu (Indian Paralympic High Jumper) received an honorary award.

Dr.Ishari K Ganesh, a founder, chairman, and Chancellor of Vels University presented the Doctorate award and also clarified the buzzy rumors that this year, the committee members, have unanimously decided that actor Silambarasan TR, who has a huge fanbase, acted for three decades and also mentioned a worthy recipient. Moreover, it has nothing to do with the fact that the actor is a part of movies produced by Vels Film International.

Here are the latest photos of Dr Silamabarasan TR,