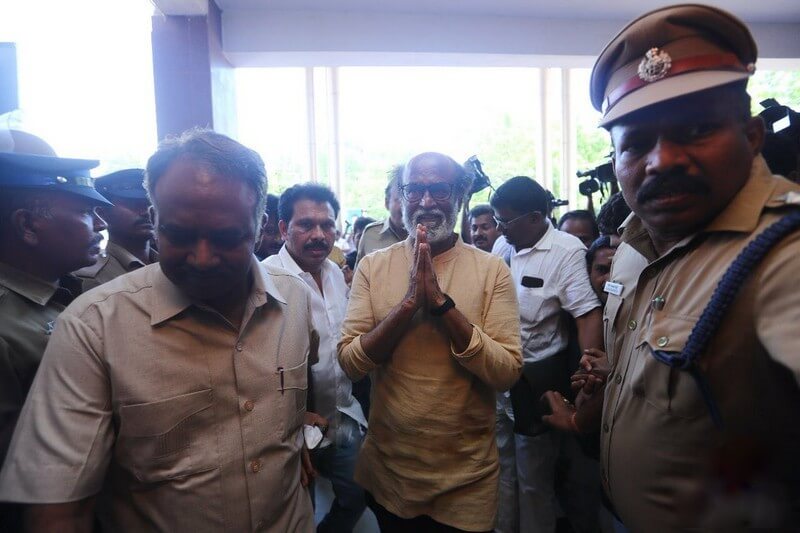 Actor turn politician Rajinikanth visited Tuticorin in person to meet the injured protestors who have been admitted in the Tuticorin Government hospital. He then met the people and the press outside the hospital to share his views over the protest that killed 13 lives. He said the Edapadi Palaniswamy led government failed to calm down the situation at an earlier stage which could have saved precious lives. Owing to the event no one except the relatives of the patients admitted to the hospital were allowed into the premises and the entire hospital we highly secured.

Answering the question if he demands the chief minister’s resignation, he said,

“We can’t ask resignation on every single issue. The government needs to be careful as the people are watching, it was a huge mistake and a big lesson.”

Politician Rajinikanth announced that he will be donating Rs 2 lakhs to the families who lost their kins in the protest.

Another actor turned politician and founder of the Party Makkal Needhi Maiam Kamal Hassan had released a statement which attacked the Sterlite Industry which violated the regulatory norms that caused the loss of lives of innocent people.