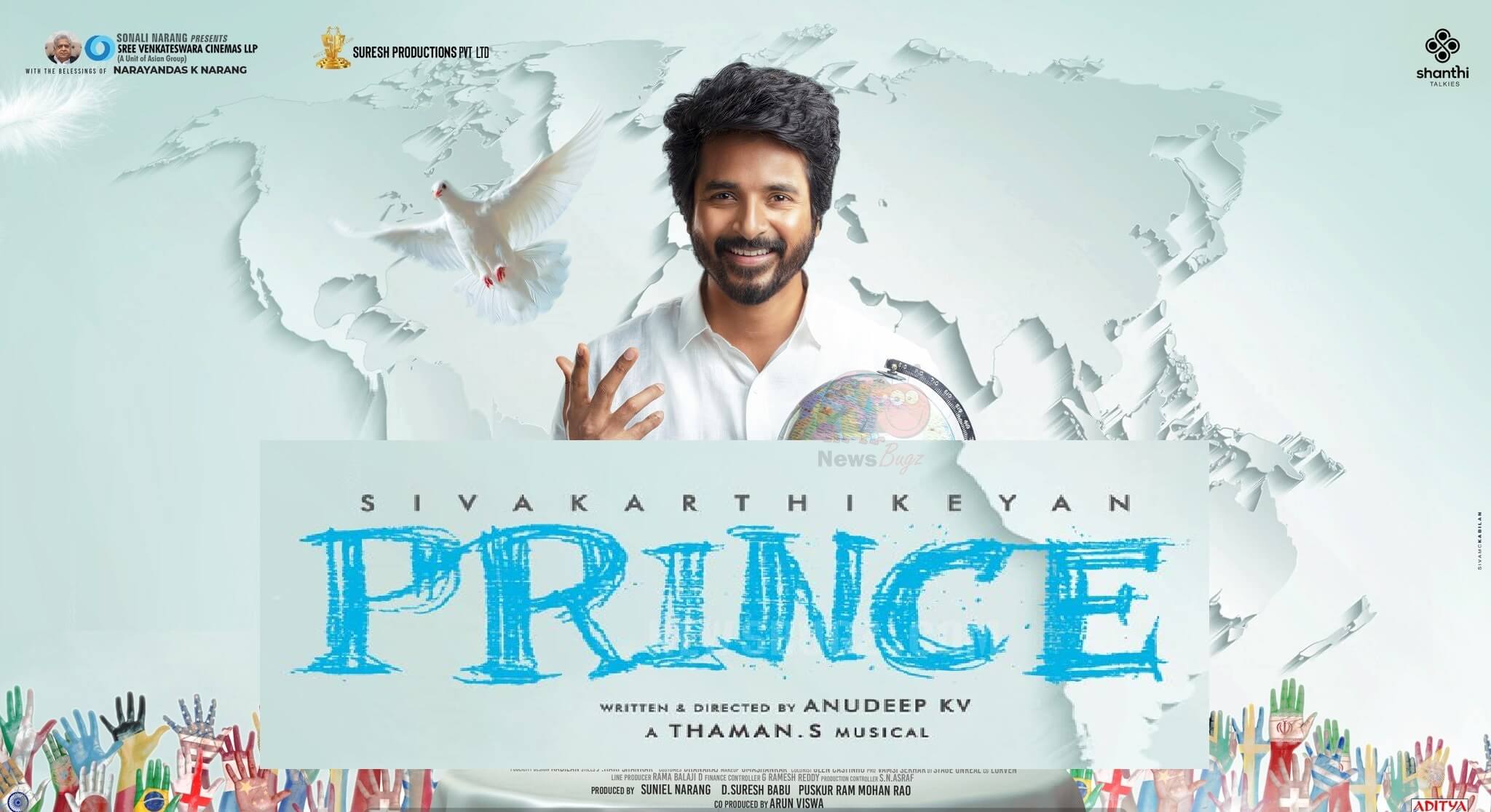 Prince is a Tamil-Telugu bilingual movie starring Sivakarthikeyan in the lead role. Directed by Anudeep KV of Jathi Ratnalu fame, the film music was composed by SS Thaman. Ukrainian actress Maria Ryaboshapka plays the female lead role in the film. The film revolves around a Pondicherry tourist guide (Sivakarthikeyan) and a foreign young girl (Maria Ryaboshapka). It is the 20th film of Sivakarthikeyan. “PRINCE” is a fitting title for the perfect persona. Prince movie is slated to be released on 21 October 2022 on the occasion of the Diwali festival.

Here is the main cast list of Prince movie 2022,

According to sources, it touted that Prince telugu movie online streaming rights will be bagged by Aha (Not Confirmed) while the Tamil version will be Disney+ Hotstar. Stay tuned with Newsbugz.com to know the Sivakarthikeyan Prince movie OTT release date and where to watch online.