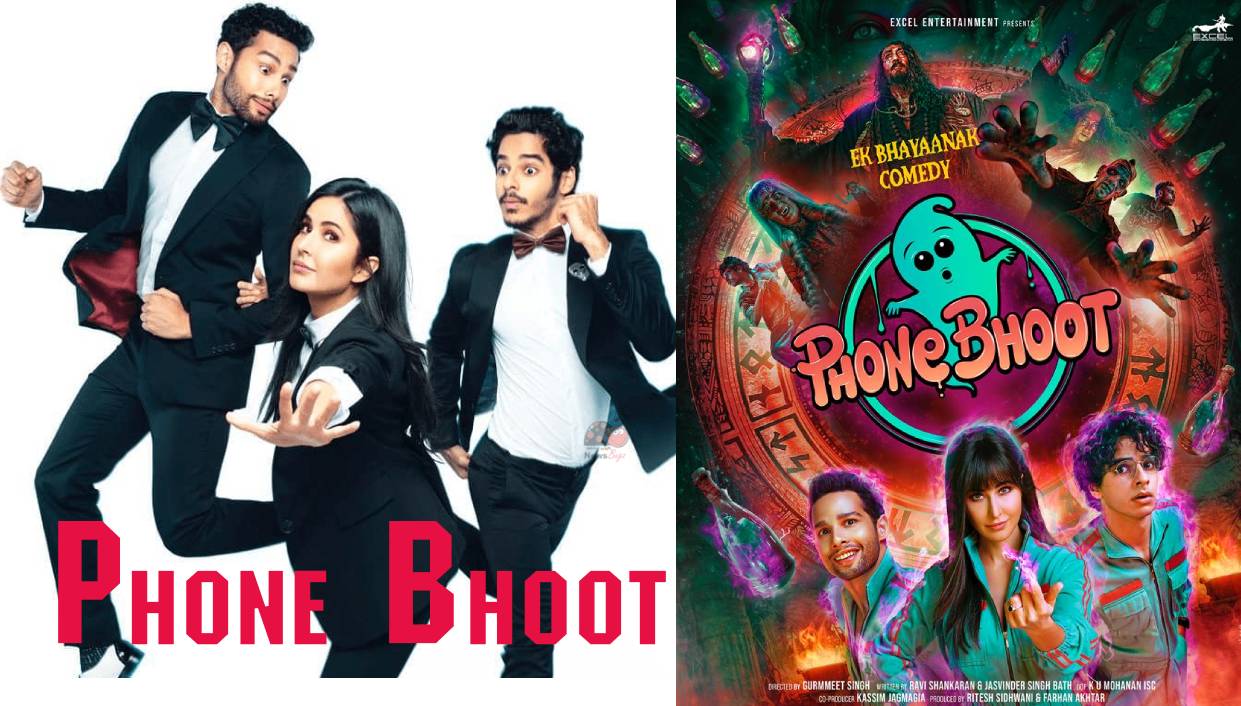 Phone Bhoot is an upcoming horror comedy movie starring Katrina Kaif, Siddhant Chaturvedi, and Ishaan Khatter as the lead characters. The film was directed by Gurmeet Singh and written by Ravi Shankaran and Jasvinder Singh Bath. Shivam Gaur scored interesting tunes and tracks for the film. While Mohanan and Manan Mehta take the camera along with editing parts. The makers are scheduled to release the movie theatrically on November 04, 2022.

Check out the official posters of Phone Bhoot film,