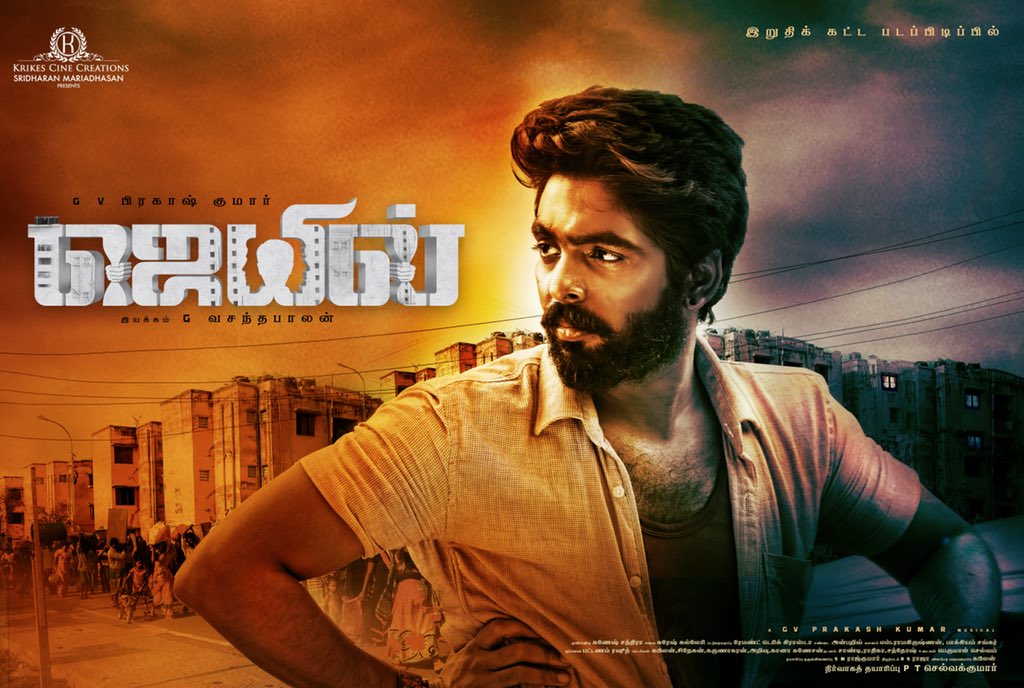 Ganesh Chandra is cranking the camera while writers S Ramakrishnan and Bakkiyam Shankar has penned the dialogues for this movie. Raymond Derrick Crasta of Aruvi fame has handled the editing work and G.V. Prakash himself composed the music.