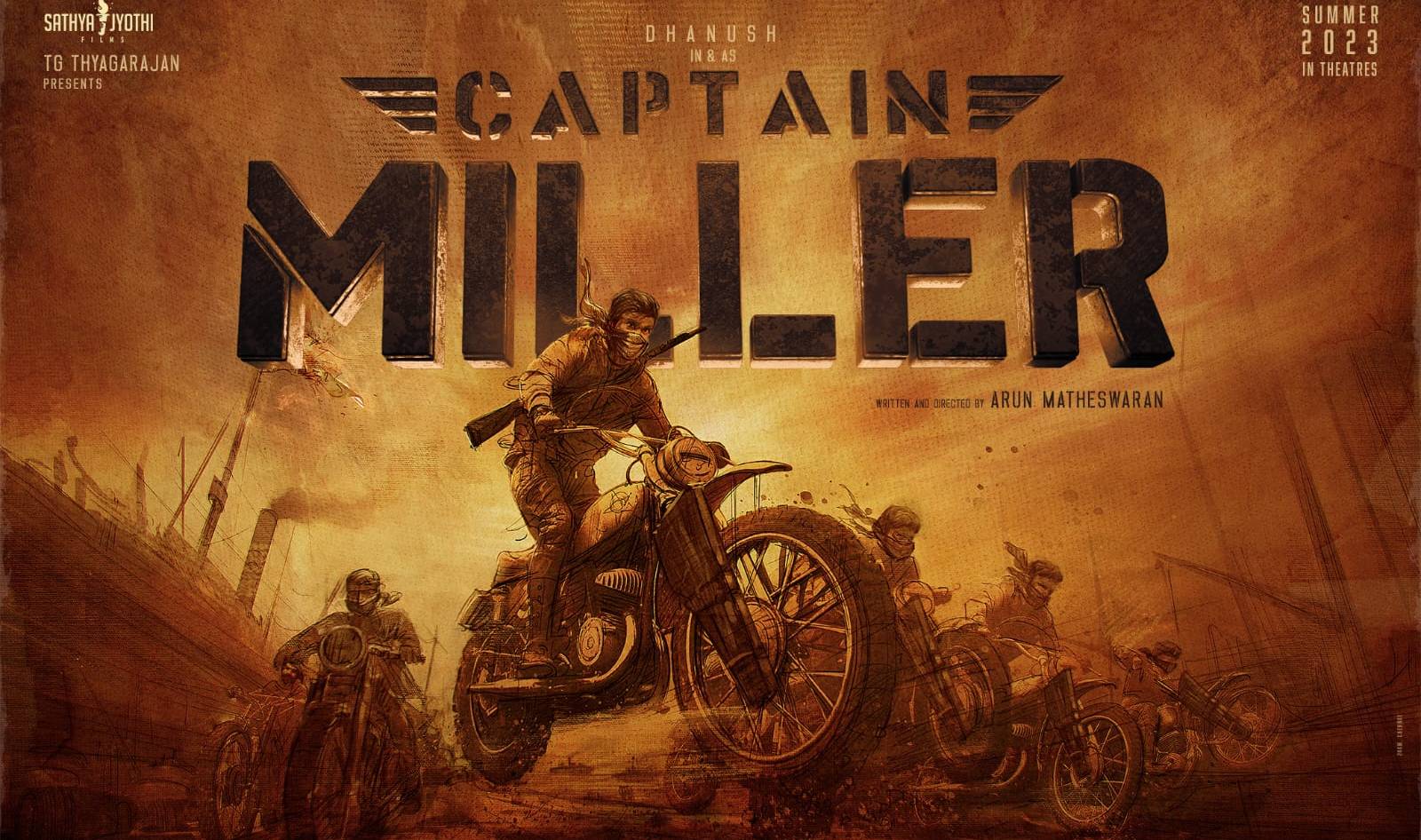 Captain Miller Movie 2023: Captain Miller is an upcoming Dhanush movie helmed by Arun Matheswaran of Rocky fame. It will be a pan-Indian release where the story was set in the pre-Independence period during the 1930s and will be released simultaneously in Tamil, Telugu, and Hindi.

TG Thangarajan supported this film financially under the banner of Sathya Jothi films. According to sources, this film might be a biography of Captain Miller aka Vallipuram Vasanthan, a Sri Lankan Tamil rebel and member of the Liberation Tigers of Tamil Eelam. The cast and crew members will be announced soon. The Captain Miller film is expected to hit theatres in 2023.

Here are the few cast members of the Captain Miller movie,

The filmmakers will soon release the lyrical video song for this movie.