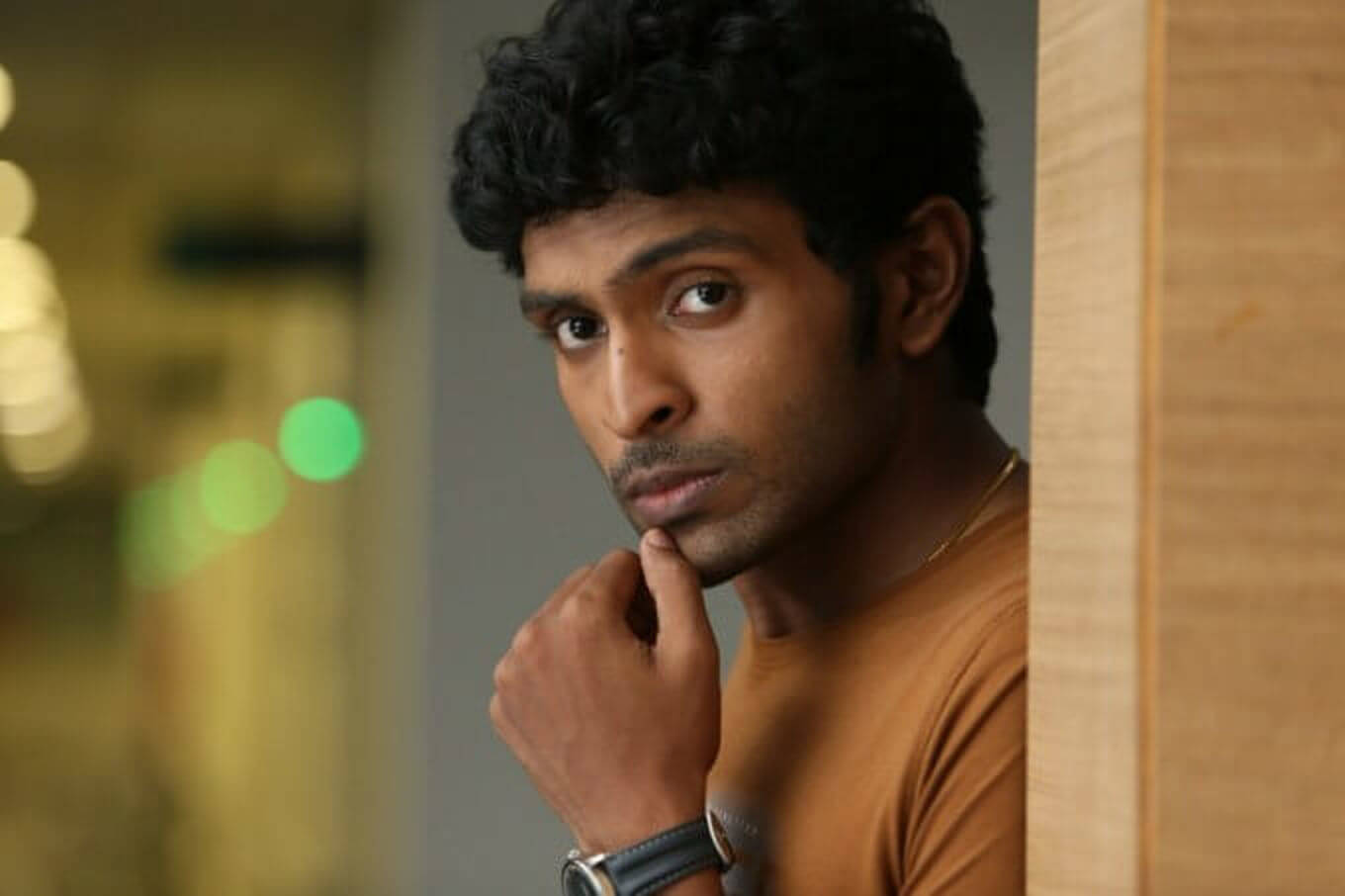 Vikram Prabhu is an Indian film actor, who works in Tamil film industry. He made his acting debut in Prabhu Solomon’s Kumki (2012). He also played the protagonist in 2013 Tamil film Ivan Veramathiri and Vellaikaara Durai (2014). He is the son of actor Prabhu Ganesan and grandson of the actor Sivaji Ganesan. He has also acted in the movies like Walter and Asura Guru in the year 2019.

Vikram Prabhu was born on 15 January 1986 in Chennai, Tamil Nadu, India. He is the son of popular actor Prabhu Ganesan and grandson of the Late actor Sivaji Ganesan. Vikram Prabhu married Lakshmi Ujjaini on 26 February 2007. He completed an MBA programme in San Diego. He was very interested to pursue his career in film industry. So, he returned to Chennai to work in the production activities of his family’s Sivaji Productions venture, Chandramukhi (2005). He went on to gain further experience by assisting director Vishnuvardhan in the 2009 Tamil film Sarvam. Also, he worked by assisting in the production works of Ajith’s Asal.

He made his acting debut in Prabhu Solomon’s Kumki. He then appears in M. Saravanan’s action thriller film Ivan Veramathiri and Arima Nambi. Later that year he was seen in Gaurav’s Sigaram Thodu, a family action entertainer, which featured the actor in two distinct looks and alongside Sathyaraj and Monal Gajjar. Vellaikaara Durai directed by Ezhil that has Sri Divya in the cast. He is currently filming simultaneously for two projects. He signed to act in Sathyasivan’s Thalappakatti, a remake of the 2012 Malayalam film Ustad Hotel where it is produced by Raadhika Sarathkumar.