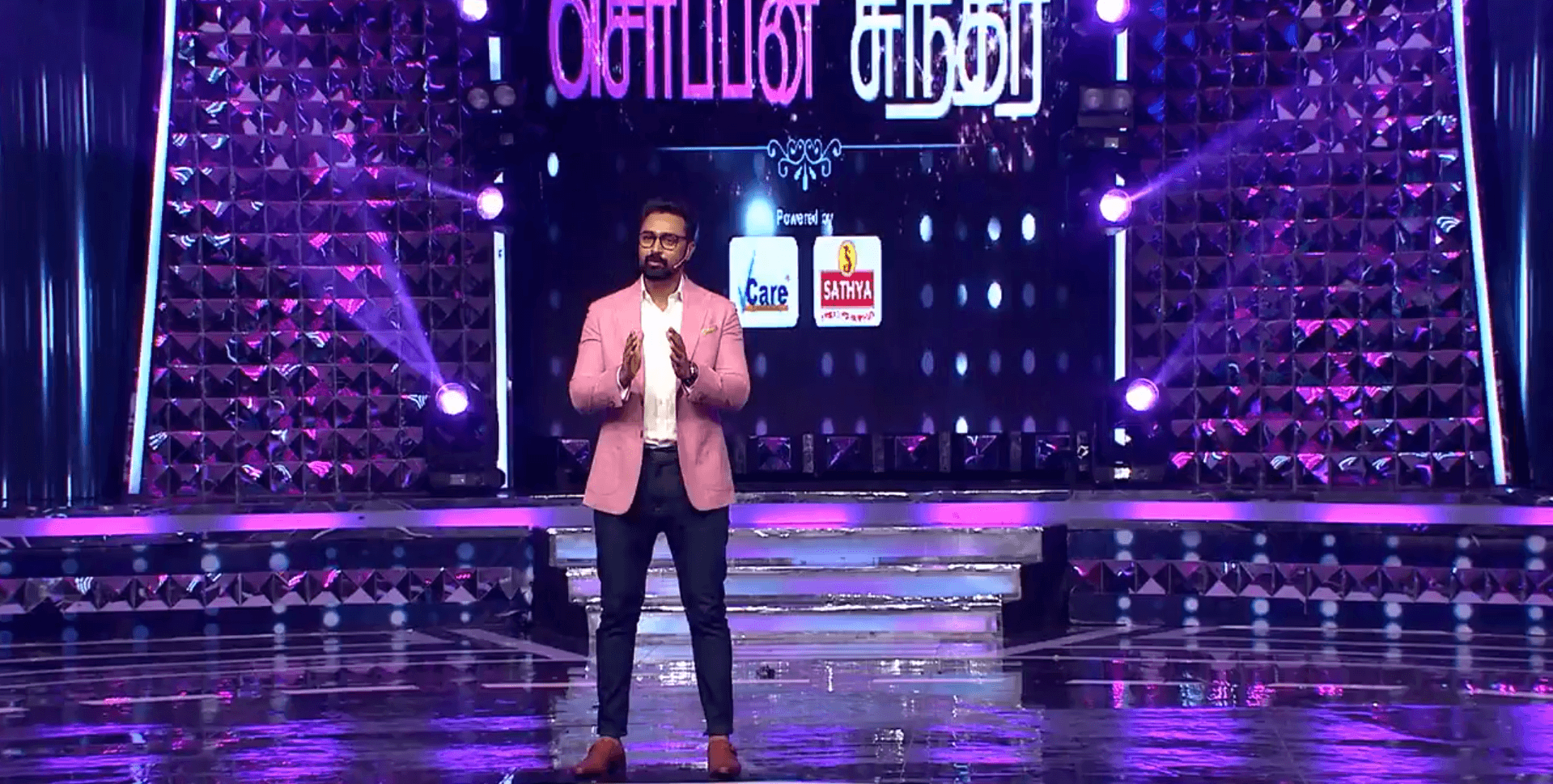 Soppana Sundari is a reality television series. The show will be based on the world-famous TV show “America’s Top Model”. The content is designed to be glamorous with the presence of Kollywood celebs and the show will have lots of edgy moments among the contestants to create the excitement to hold the attention of millennial audiences. The show is a modeling contest and it will revolve around 10 beautiful girls. It helps to build their career in the modeling industry. Already similar shows are being aired on other competitor channels but Sun TV will make it unique by setting a different standard for it.

Contestants will be given the task related to photo shoots, and walking on the challenging ramp. They will battle it out to win the coveted crown. The show is hosted by actor Prasanna. Sakshi Agarwal & Parvathy Nair are the mentors to 10 models of the show. The show will be aired on Sun Life channel from 07 October 2018.

Sun TV Network’s second Tamil GEC (General Entertainment Category) Sun Life will launch on 7 October. The channel will target youth and metro audiences by telecasting mix of fiction and non-fiction content which will have a high dose of glamour quotient. Reality shows will be an important part of the channel’s programming. The content on Sun Life will be live streamed on Sun NXT app.

Manju Sankar is an Indian Model from Chennai. As an aspiring model, she appeared in various ramps and photo shoots of different brands. She is the second winner of the Banglore Fashion show. Check out here for Manju Sankar Wiki & Photoshoots.

Jayalakshmi is an Indian Model hails from Chennai. She is a young model who is very talented and has appeared in several photoshoots. Check out here for Jayalakshmi Wiki & photoshoots.

Veena Jessi is an Indian model hails from Chennai. As an aspiring model, she featured for various top brands photoshoots and ramps. Besides modeling, she is also a freelance costume designer. Check out here for Model Veena Jessi Wiki & Photoshoots.

Pavi Poovappa is an Indian Freelance model from Kodagu. She is very beautiful, talented, smart and energetic participant of the show. Check out below for Pavi Poovappa Wiki & Photoshoots.

Dravya Shetty is an Indian model and film Actress, who predominantly works in Kannada film industry. She made her acting debut in 2018 with the Kannada film Kelavu Dinagala Nanthara. She won the contest of Miss Chikmagalur. Check out here for Dravya Shetty Wiki & Photoshoots.

Bavithra is an Indian model and anchor who predominantly works in Tamil television industry. She is the winner of Miss South India 2017 title. Check out here for Bavithra Wiki & Photoshoots.

Chandana Gowda is an Indian model from Chennai. She is the winner of Halli Hyda Patege Banda season 2. Chandana Gowda was born and brought up in Chennai, Tamil Nadu, India. Check out here for Chandana Gowda Wiki & Photoshoots.

Kaamna Batra is an awesome and aspiring model hails in Chennai, Tamil Nadu. Kaamna is very beautiful, talented and energetic participant of the show. Check out here for Kaamna Batra Wiki & Photoshoots.