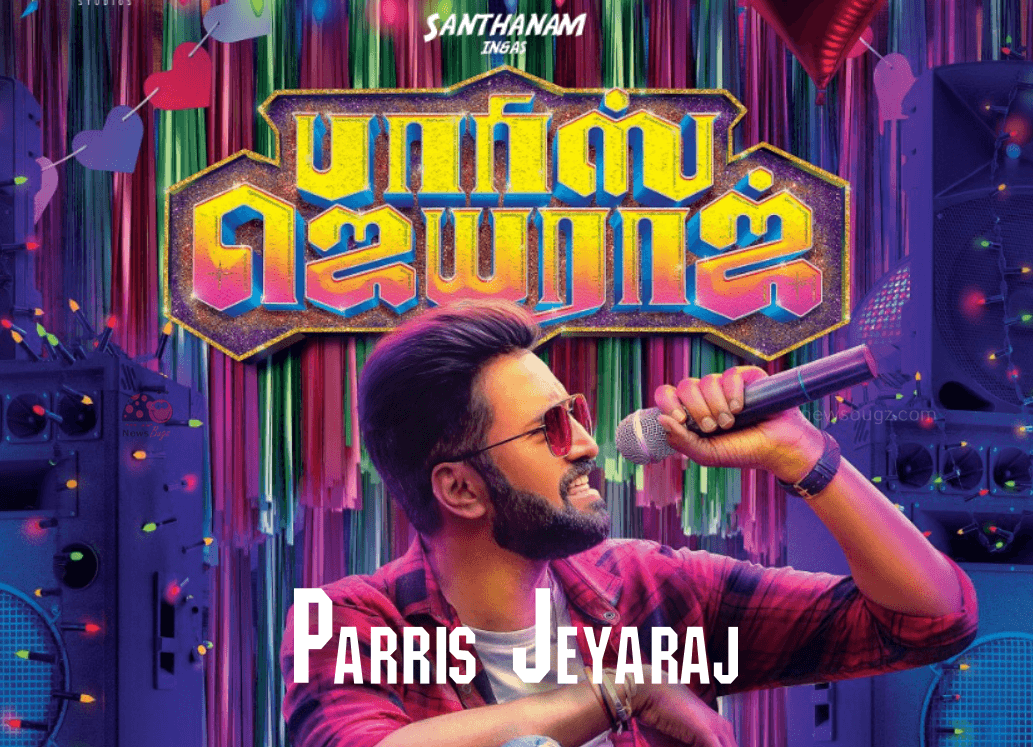 Parris Jeyaraj movie is an upcoming musical comedy-drama starring Santhanam in the lead role. Directed by Johnson K of A1 fame, the film has Santhosh Narayanan music. Arthur A Wilson handles the camera while the cuts are done by Prakash Mabbu. Sandy master is also a part of the team as a choreographer. Anaika Soti plays the female lead in the film.

The first look poster of the film was released on 01 December 2020 featuring comedian turned hero Santhanam posing with a mike surrounded by the speaker. The name Parris Jayaraj spoofs the leading Kollywood composer Harris Jayaraj.