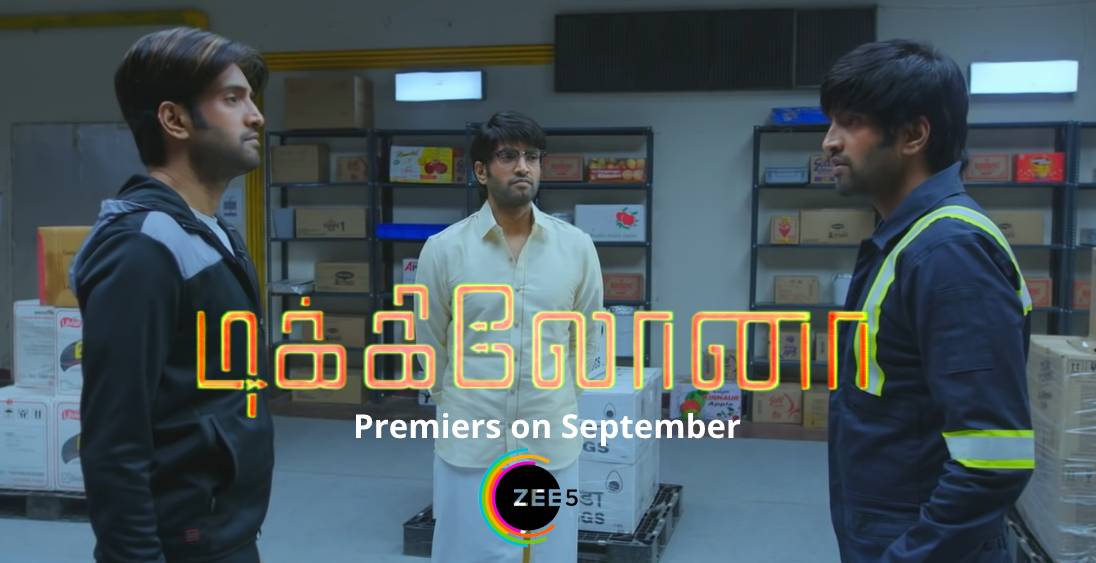 Watch Dikkiloona Full Movie Online (2021): Santhanam starring the latest science-fiction comedy film ‘Dikkiloona’ is set to direct release on the ZEE5 platform. The film is directed by Karthik Yogi and jointly produced by K.S. Sinish and Kotapadi J Rajesh. Dikkiloona movie streaming and satellite rights were bagged by ZEE5 and it will be premiering on September 10, 2021.

Dikkiloona movie features Santhanam, who plays in triple roles alongside Natpe Thunai fame Anagha, Yogi Babu, Shirin Kanchwala in prominent roles, and the Indian cricket Harbajan marks debut through this film. On the occasion of Ganesh Chaturthi (September 10), the film is slated to premiere on the digital platform. Watch Dikkiloona movie exclusively on ZEE5 from Sep 10. ZEE5 has more than 40,000 hours of binge-watching stories, movies, and episodes. 14 Phere, Stae of Siege, Helmet, are some of the latest releases on their platform. ZEE5 Premium can be available at RS. 499 per year.