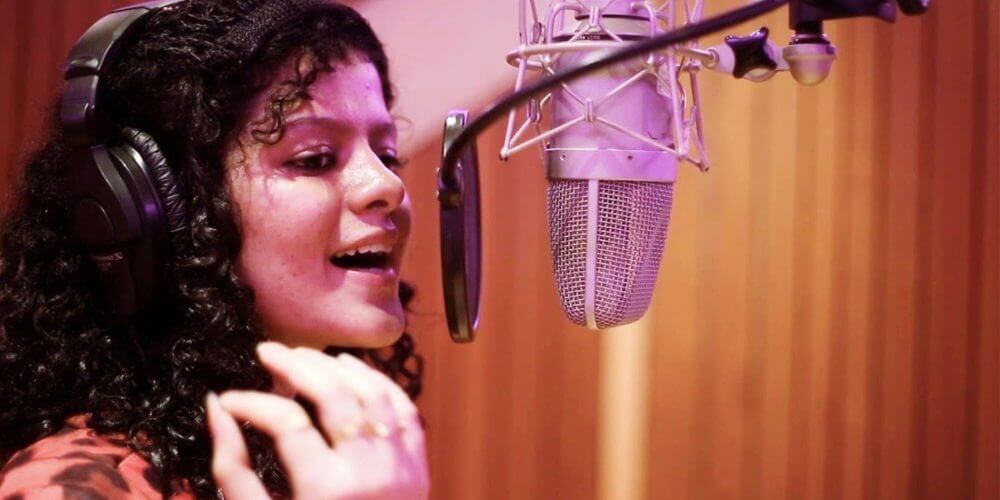 Palak Muchhal is an Indian playback singer as well as a stage singer, who is working as a beautiful singer for Indian Film Industry. She made her debut  Bollywood song Damadamm for the movie Damadamm which is composed by Himesh Reshammiya. Moreover, she has done many stage performance along with her younger brother Palash Muchhal for raising fund for the poor childrens who need financial assistance for medical treatment and for the Kids who suffer from heart diseases. Now she is working for the Bollywood movie Baaghi 2. Check out below for Palak Muchhal Wiki, Biography, Age, Songs List, Images.

Palak Muchhal was born on 30 March 1992 in Indore, Madhya Pradesh, India. Palak Muchhal family is a Maheshwari Marwari family lived in Indore, with that her mother name is Amita Muchhal who is a homemaker and her father is Rajkumar Muchhal who is working in a private firm. She has a younger brother Palash Muchhal. She did her schooling in Shree Agrasen Vidyalaya Sneh Nagar, Indore and she did her graduation in B Com and her college details will be updated soon. She started her career at the age of four, with that she was trained in Indian Classical Music. Apart from all these things she can sing in 17 different languages. She is not only the playback singer she is one of the well-known social workers. She will raise fund for the needy children along with her brother Palash Muchhal, with that she has supported for 1333 children who suffered from heart ailments on 8 December 2016. Palak Muchhal has made her entry in the two books they are Guinness Book of World Records and Limca Book of World Records, which is a great achievement for social work.

Palak Muchhal she also featured as a playback singer for Bollywood films, she rendered her voice for various Hindi films like Ek Tha Tiger, Aashiqui 2, Kick, Action Jackson, Prem Ratan Dhan Payo, M.S. Dhoni: The Untold Story, Kaabil, and much more. She also sung may non Film songs as well as she has also sung songs for other languages like Tamil, Kannada, Bengali and more. By exposing her talent she was grown up in the field as an excellent Playback singer.