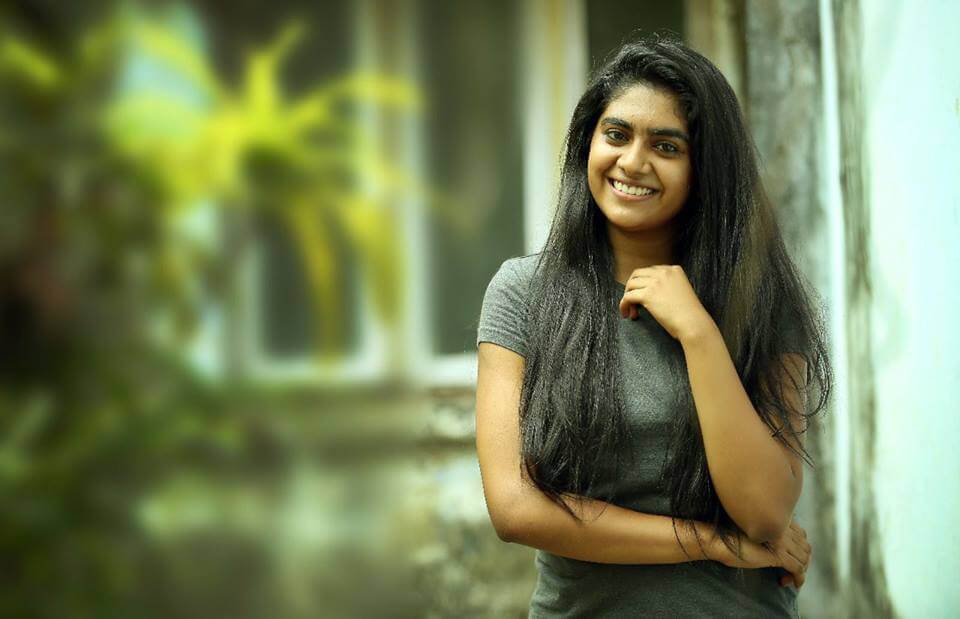 Nimisha Sajayan is an Indian movie actress, who predominantly works in Malayalam film industry. She made her debut movie Thondimuthalum Driksakshiyum in this movie she appeared in the role Sreeja and for this movie, she Nominated to Filmfare Award for Best Actress – Malayalam. Now she is working on the movies like Oru Kuprasidha Payyan,  Mangalyam Thantunanena and Chola. Check out below for Nimisha Sajayan Wiki, Biography, Age, Movies, Family, Images and more.

Nimisha Sajayan was born in Mumbai, Maharashtra, India. Nimisha Sajayan family is now residing in Mumbai along with her. Her father name is Sajayan and her mother name is Bindhu Sajayan, with that, she has an elder sister Nithu. She did her schooling in Carmel Convent School, Mumbai and she did her graduation in K.J. Somaiya Institute of Management Studies and Research, Mumbai. Moreover, she holds a black belt in Taekwondo, and she represented for Maharashtra in Tawkwondo national competitions. She started her acting career from the movie Thondimuthalum Driksakshiyum which is directed by Dileesh Pothan in the year 2017, in this movie she appeared in the role as Sreeja. Then she got a prominent role in the editor B Ajith Kumar’s direction debutant movie Eeda in this movie she appeared in the role Aishwarya as a college student and it is produced by Rajeev Ravi.