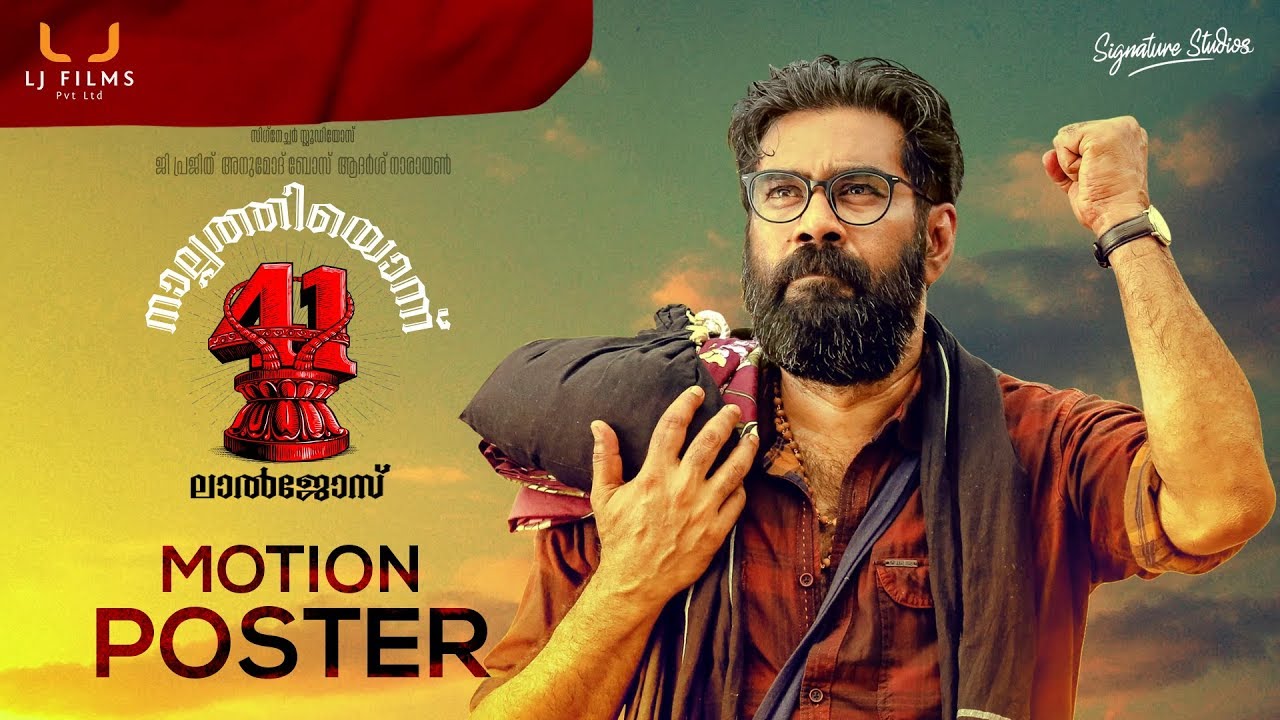 ‘Nalpathiyonnu 41’ is a Malayalam movie starring Biju Menon and Nimisha Sajayan in the lead roles. Produced by G Prajith, Anumod Bose & Adarsh Narayan under Signature Studios banner, the film was directed by Lal Jose and written by P.G Prageesh. The socio-political satire also features Saranjith and Dhanya Ananya in important roles. S Kumar has been roped in as the cinematographer for ‘Nalpathiyonnu 41’, and Ranjan Abraham is the editor on the project. Award-winning music director Bijibal composes the music.