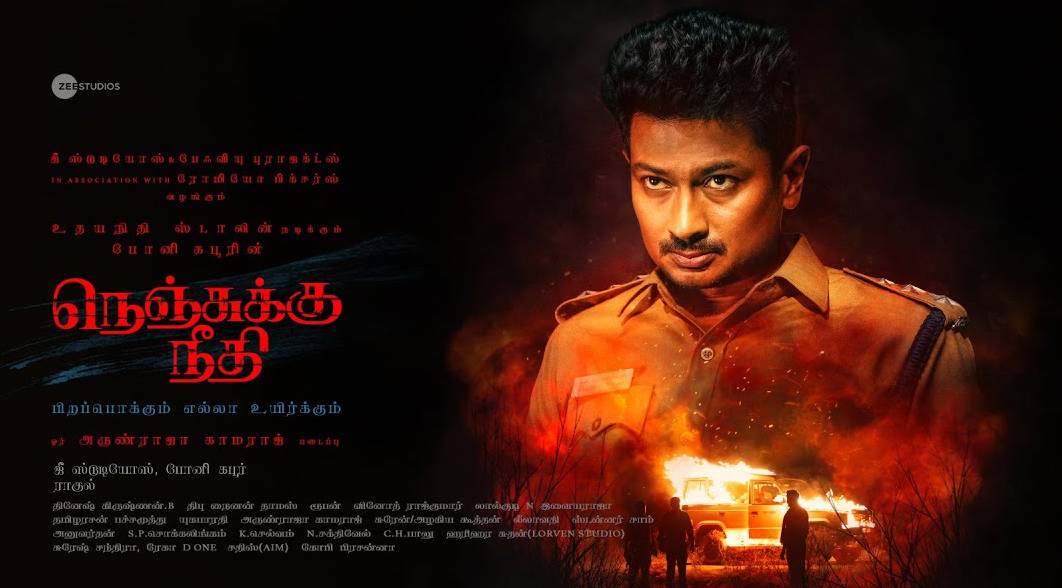 Nenjuku Needhi is an upcoming Tamil political drama movie written by Anubhav Sinha and comes under the directional credits of Arunraja Kamaraj. It is the remake version of the Hindi drama Article 15 (2019). Nenjuku Needhi is the second film for Arunraja Kamaraj as director he did his debut film Kanaa (2019). Udhayanidhi Stalin starring in the lead role in the film. While Tanya Ravichandran plays the female lead along with Aari Arujunan, Shivani Rajasekhar in vital roles.

Boney Kapoor bankrolled this film under the banner of Zee Studios. Dhibu Ninan Thomas composed background scores and surrounding music. Dinesh Krishnan handled the camera while Ruben edited the film. ZEE5 acquires the digital streaming rights for the film. The movie is scheduled to release on May 20, 2022

Here are the main cast of the upcoming Nenjuku Needhi Tamil movie,

An announcement on Nenjuku Needhi movie ott release date will be made soon. According to sources, the film was bagged by ZEE5. The movie streams online only after 15 days of its theatrical release. Stay tuned with NEWSBUGZ.COM to know when and where to watch the ZEE5 movie online.