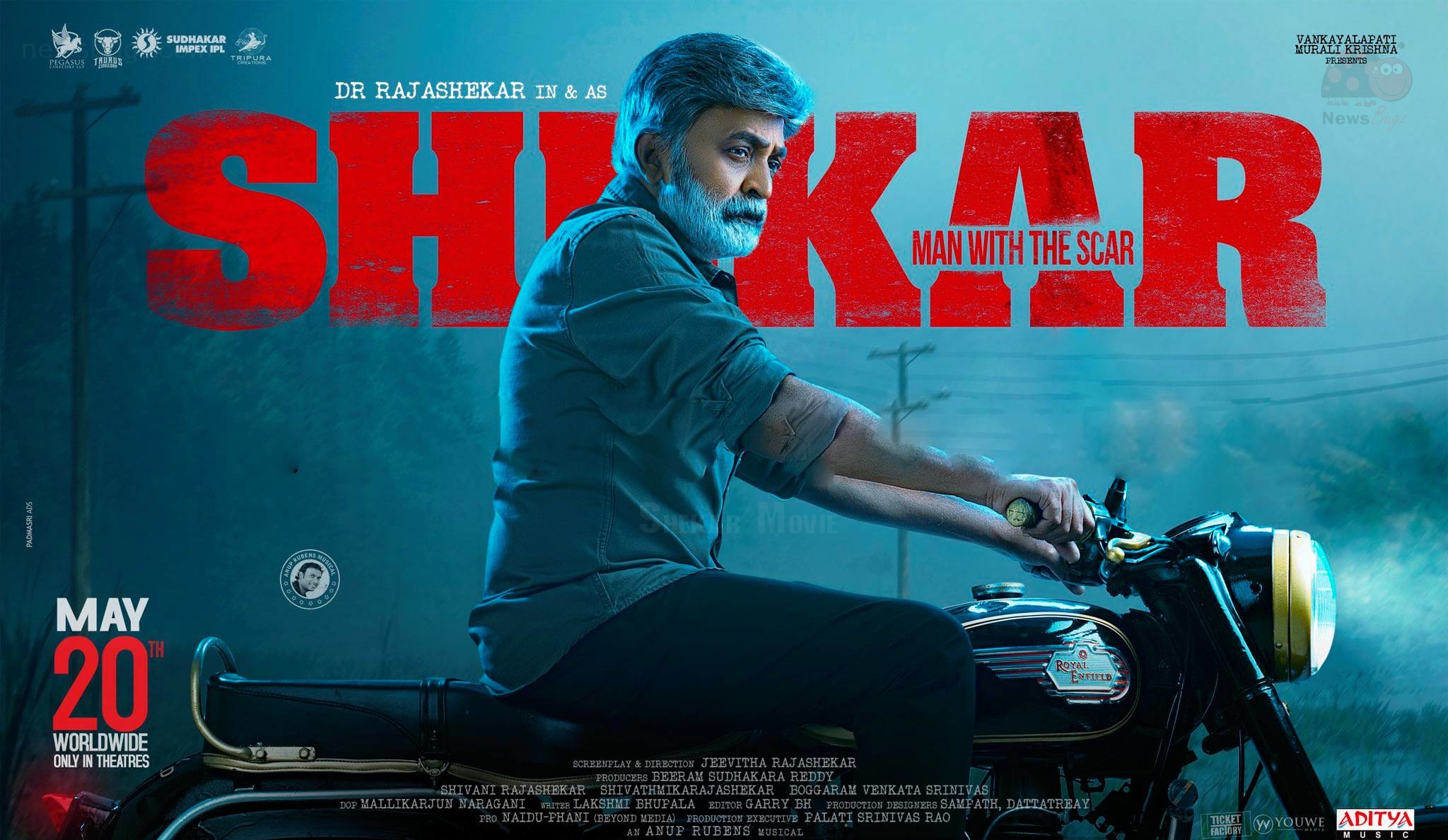 Shekar is an upcoming Telugu movie directed by Lalith. The film stars Dr. Rajashekar and Muskaan Khubchandani in the lead role with Shivani Rajeshekar, Prakash Raj, and Shivathmika Rajashekar play a prominent role. It is the official remake of the blockbuster Malayalam film Joseph. Shekar Telugu movie is being produced by MLV Satyanarayanan, Shivani Shivathmika, and Venkata Srinivas Boggaram. The movie is slated to release on May 20, 2022.

Anup Rubens composed the music while the lyrics are done by Lakshmi Bhupala. Aditya Music grabbed the musical rights for this film. The first look poster of the film was released on 04 February 2021 on the occasion of actor Rajashekar’s birthday. The crime thriller film revolves around the life of four retired policemen.

Here is the main cast list of Shekar Telugu movie,

It is touted that Shekar movie digital streaming rights are bagged by Amazon Prime Video. Stay tuned with NEWSBUGZ.COM to know more details about this movie.

Take a look at the interesting poster of Shekar film,