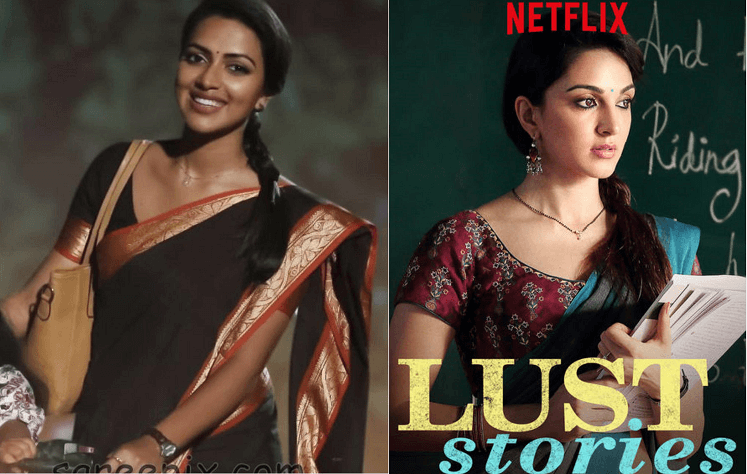 The Hindi version of Lust Stories is one of the blockbuster series on Netflix and this four segments anthology is all set to get a remake in Telugu. The first segment will have Amala Paul in the lead with Nandini Reddy where she portrays the character of Kiara Advani. The three other segments will be directed by Tharun Bhascker, Sankalp Reddy, and Sandeep Vanga. The cast details are yet to be updated.

The Hindi version of Lust Stories had Kiara Advani, Radhika Apte, Bhumi Pednekar, and Manisha Koirala in the lead roles while each segment is directed by Karan Johar, Anurag Kashyap, Zoya Akhtar, and Dibakar Banerjee.

Earlier, Amala Paul was in controversy for her last release Aadai, directed by Rathna Kumar. Aadai was also released in the Telugu language in Andhra and Telangana states.

In an interview, Amala Paul says, “Over the past few years, I have been very much focused on taking up exceptional and challenging roles. Moreover, I was really happy about the way how audiences have reacted to my attempts with their positive receptions, especially for the film ‘Aadai’. Significantly, I feel this project to be yet another leap for me to unleash my potential and give a try to an arena that I haven’t stepped into before. Especially, with a celebrated filmmaker like Nandini Reddy, who has proved successful with the female-centric films including the recent o‘Oh Baby’. I am looking forward to experiencing her unique pattern of narrating and directing the film. I thank the Netflix team for making me a part of this venture. Being the key players in OTT across the global platform, their entry into the Southern region will surely bring about a major change in conception and presentation of strong and realistic content. I am so happy to be a part of one among their early ventures down South.”