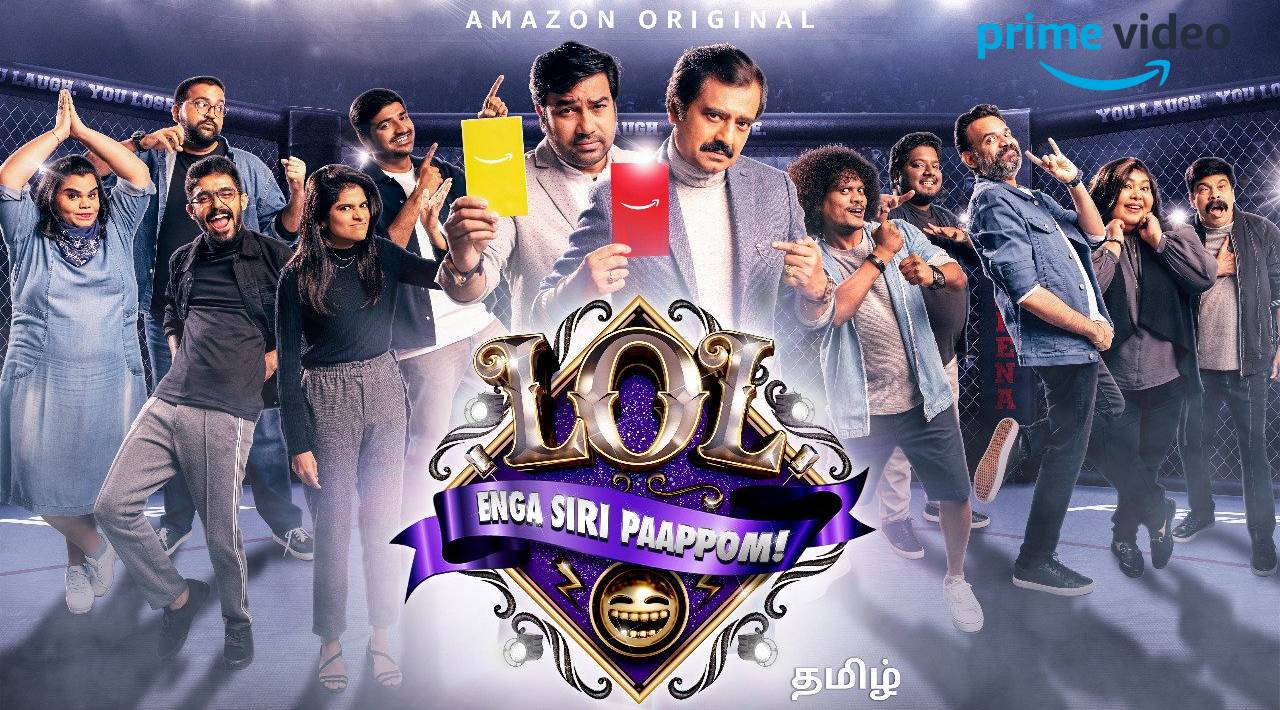 Lol Enga Siri Paapom is hilarious comedy series from Amazon Prime Video. It has 2 judges and 10 comedians who entertain your home screens from August 27. The main theme behind the show has a unique format where ten comics are put in a room for 6 hours in a no-holds-barred battle of wits, jokes, and improvisational and physical comedy, those who laugh first lose their points and lose further contesting. The goal is to be the last person in the room with a straight face, wins the grand prize of 25 Lakh Rupees. This fun-fueled entertaining show Lol Enga Siringa Paapom was judged by Vivek and actor Shiva. Watch the all-new episodes of Lol Enga Siringa Paapom comedy show on Amazon Prime Video. Start subscribing to Amazon Prime and watch your favorite movies, shows and series. Price starts from 329 for 3 months.

The winner of Lol Enga Siri Paapom will be updated here,