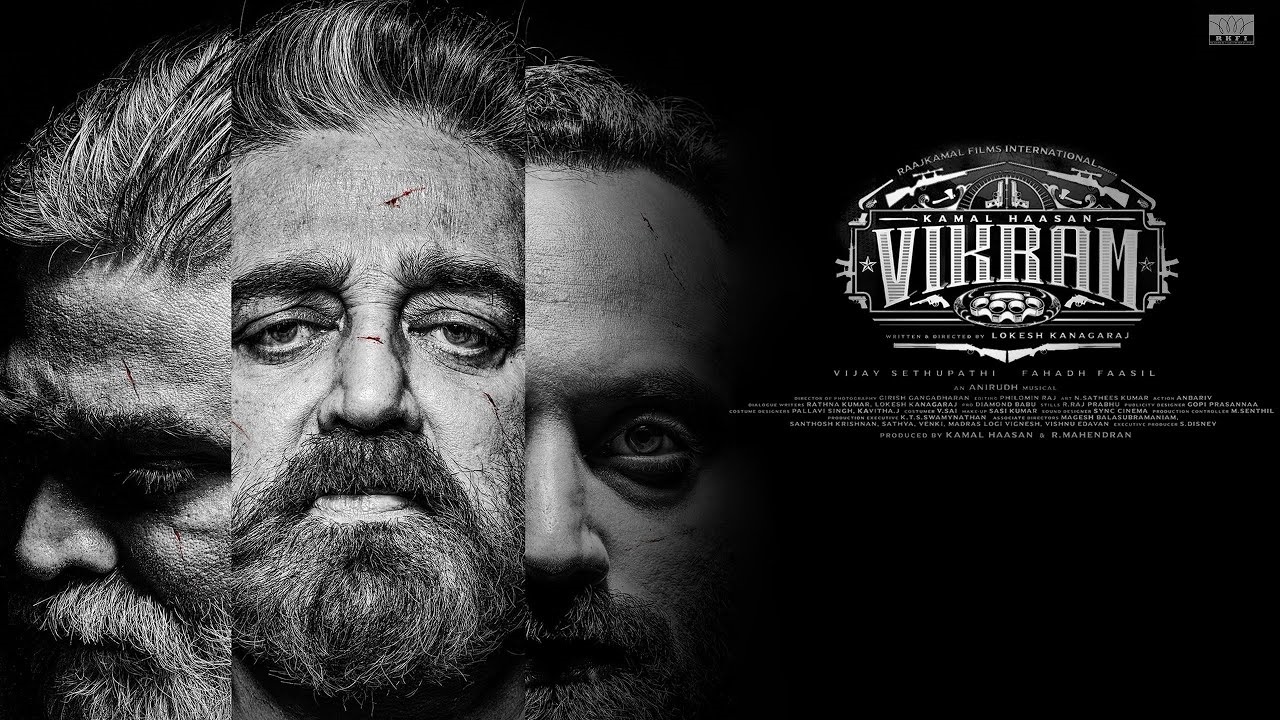 Kamal Haasan‘s latest gangster drama Vikram was written and directed by Lokesh Kanagaraj. Director Lokesh is known for his movies like Maanagaram, Kaithi, and Vijay’s Master. Vikram launches as a Pan India movie. The youth sensation Anirudh Ravichander composes the music for this pakka gangster film. The film was bankrolled by Kamal himself under his banner RKFI. Vikram movie also features, Vijay Sethupathi and Fahadh Faasil in pivotal roles. The film comes in Tamil, Telugu, Malayalam, Hindi, and Kannada languages. Vikram is slated to be released worldwide on 3rd June 2022.

The teaser video of Kamal Haasan’s Vikram movie was released on 07 November 2020. The video shows Ulaganayagan Kamal in a rugged look preparing a feast for some politicians and police officers. At the end of the video, the actor takes a weapon to kill them. The dialogue #ஆரம்பிக்கலாங்களா #Arambikalangala #TheManwiththeGun from the teaser was in trend on social media. Check out the intriguing trailer from Vikram movie.

Check out the latest poster of Kamal Hasan’s Vikram movie and the release date will be announced officially on March 14.