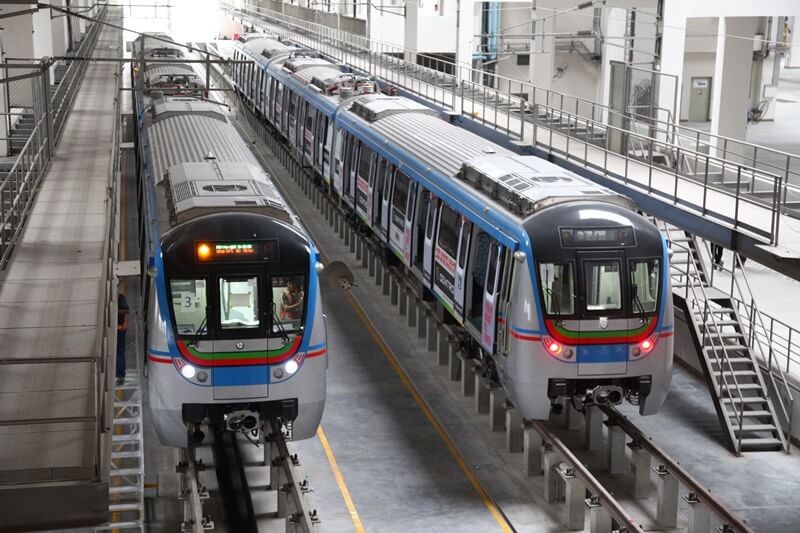 Prime Minister Narendra Modi will inaugurate the much-awaited Hyderabad Metro Rail project today, which is touted as the world’s largest public-private partnership (PPP) in the sector. The 30 km-long first phase of the Hyderabad metro rail project between Miyapur and Nagole, having 24 stations, would be launched by the prime minister at 2:15 pm at Miyapur station.

During its inaugural ride, Prime Minister Narendra Modi and Telangana Chief Minister K Chandrasekhar Rao will travel by the metro from Miyapur to Kukatpally, and back. Commercial operations of the Hyderabad Metro project will be open to the public from November 29, Hyderabad Metro Rail officials said.

The project has overcome many hurdles such as default by the first concessionaire Maytas Infra-led consortium and subsequent developments, crucial land acquisition by the state government and logjam for some time over route alignment, among others.

Telangana’s Information Technology Minister KT Rama Rao said that Metro Rail in Hyderabad would run from 6 am to 10 pm, initially and depending on the traffic and demand, the timings would be rescheduled to 5:30 am to 11 pm.

He claimed that the Hyderabad metro rail is the most innovative and largest such project in the world in public-private partnership (PPP). The concessionaire, L&T Metro Rail (Hyderabad) Ltd, has fixed a minimum fare of Rs 10 for a distance of up to two km and the maximum fare is Rs 60 for a distance of more than 26 km.

Rao said that Initially, Each train would have three coaches and 330 people can travel in each coach. The number of coaches can be increased to six depending on the traffic. He includes, the Telangana State Road Transport Corporation (TSRTC) would also start feeder services for the metro.

On Saturday, A smart card was launched for metro rail passengers and it would be used for multiple modes of transport in future. A mobile application as ‘T Savari’ would also be launched. The app provides a quick interface for metro services.

The state government has started its efforts for the second phase of the metro as well and also asked about the deadline for the completion of the entire project, he said it should be ready within a year period.