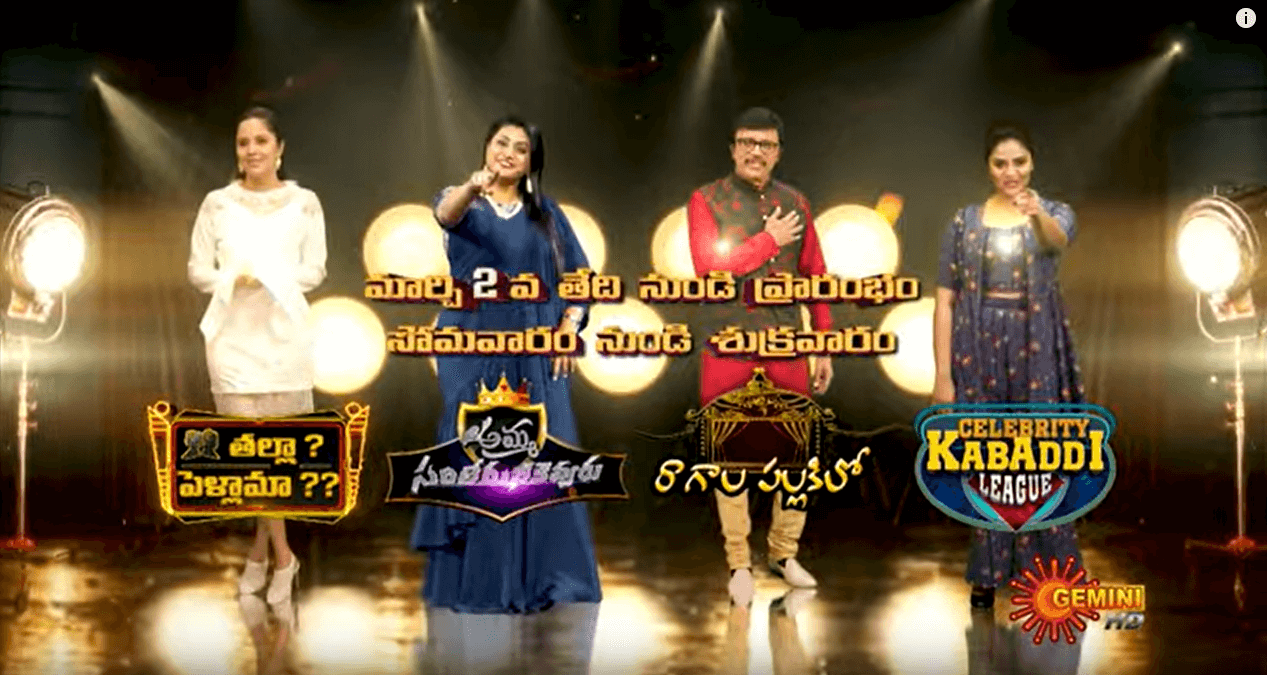 Gemini TV is the first-ever Telugu satellite channel which offers plenty of TV shows, serials and movies. Now the channel has planned to premier four different shows for the weekday prime time.

Thalla Pellama show features various film and TV celebrities along with their respective mothers and wives. The participants should take part in some fun activities testing their understanding of each other. Hosted by Anasuya Bharadwaj, the show airs on every Monday at 9.30 PM.

Amma Sarileru Neekevvaru is a game show that features celebrity moms along with their kids. The show will have eight celebrity moms and their childrens participating in a fun contest. Popular actress and politician Roja hosting the show and it premiers on Tuesday at 9.30 PM.

Raagala Pallakilo is a music reality show that has planned to be telecasted on Wednesday at 9.30 PM. Eminent composer Koti is hosting the show. It also features various popular music directors from the entertainment industry.

Celebrity Kabaddi League is a game show that has six teams featuring over 60 popular actresses. hosted by Sreemukhi, the show airs every Thursday & Friday at 9.30 PM. RX 100 fame Karthikeya has roped in as the ambassador of this TV show. Here are the six teams and their heads list,