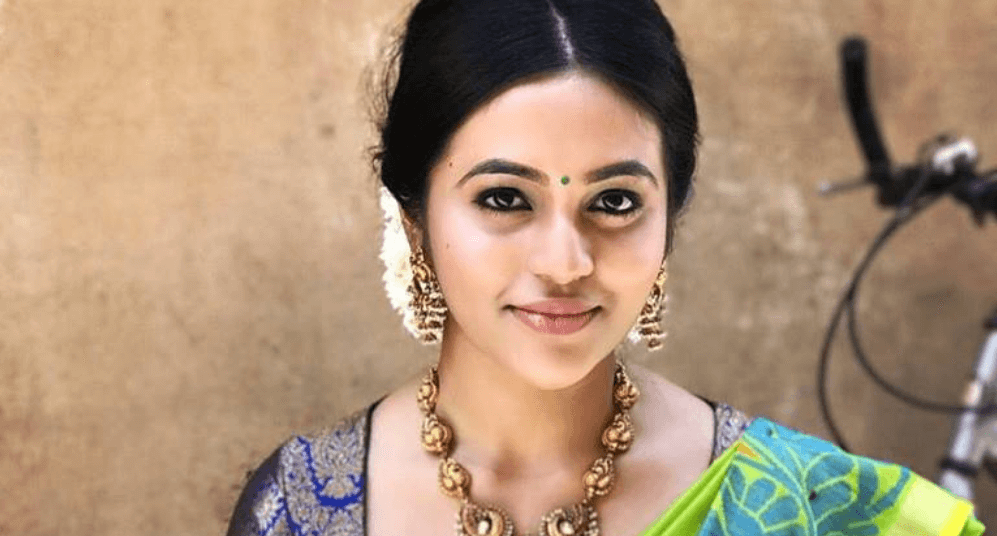 Bhavani Sre is an assistant director turned actress from Chennai. She is the sister of musician and actor GV Prakash Kumar. She made her acting debut in the movie Ka Pae Ranasingam alongside leading Kollywood actors Vijay Sethupathi and Aishwarya Rajesh.

Check out the latest photos of actress Bhavani,