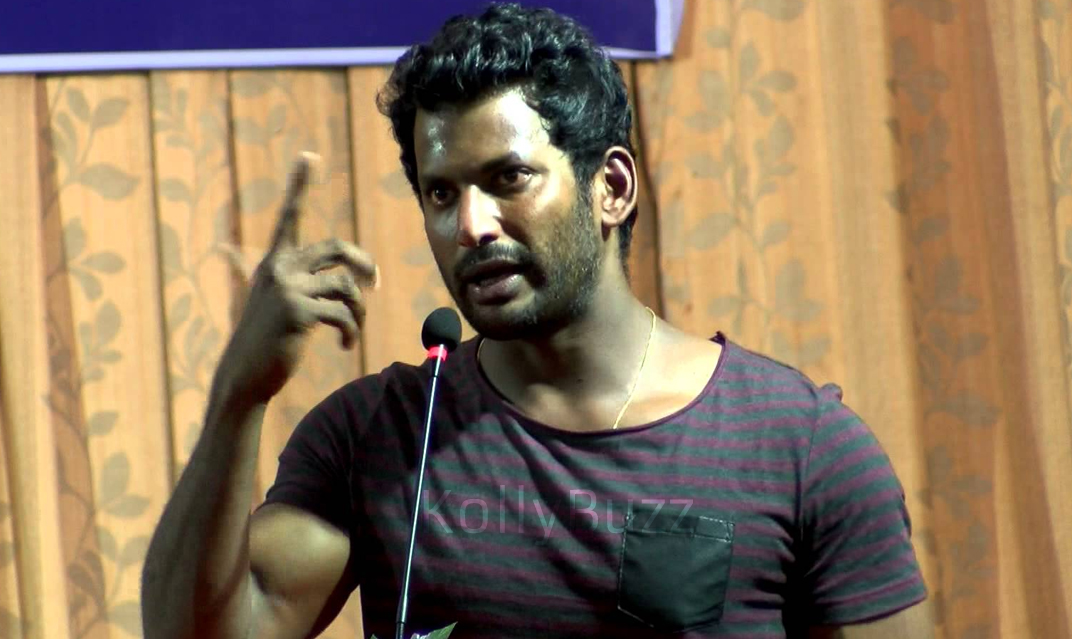 We have seen Actor Vishal taking big steps in Cine industry after becoming the President of Tamil Film Producers Council and General Secretary of the Nadigar Sangam. Also, he has raised his voice for several public issues which made us expect his entry into politics. In the current scenario where all the predominant parties are on the verge of filing the nominations for the RK Nagar by-election, Vishal has made his move boldly. Vishal has confirmed his part in RK Nagar by-election. Even Kamal Hassan has still didn’t announce any clues regarding his political party, Vishal has made his entry independently. So we can see that Vishal has not joined hands with any of the parties as of now and has a created path for himself.

“I thought it was time. I can’t sit and watch anymore. These people did not even conduct civic polls. As a citizen, one does not even know who is supposed to pick up garbage outside the house. That’s the condition now. If change has to come, it can come through anyone. It can even come through Vishal”

he reported to a news channel. He is very confident about his entry which we can see from his words. Meanwhile, in social media, we can see a lot of mixed reactions about his political entry and most of those are trolls that discourage his political move. 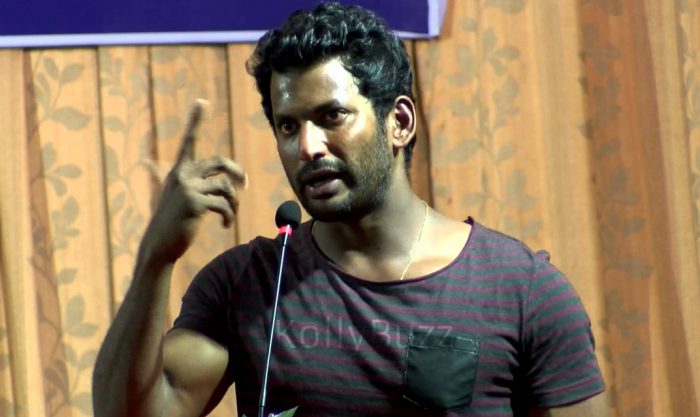 “I am contesting as an independent candidate. I will state my reasons for contesting this particular bypoll after filing my nomination. If any MLA or MP interferes, we will take them on,”

he said. His close associates said that he had been thinking of a political entry for a long time as he is fed up with the current status of Tamil Nadu.