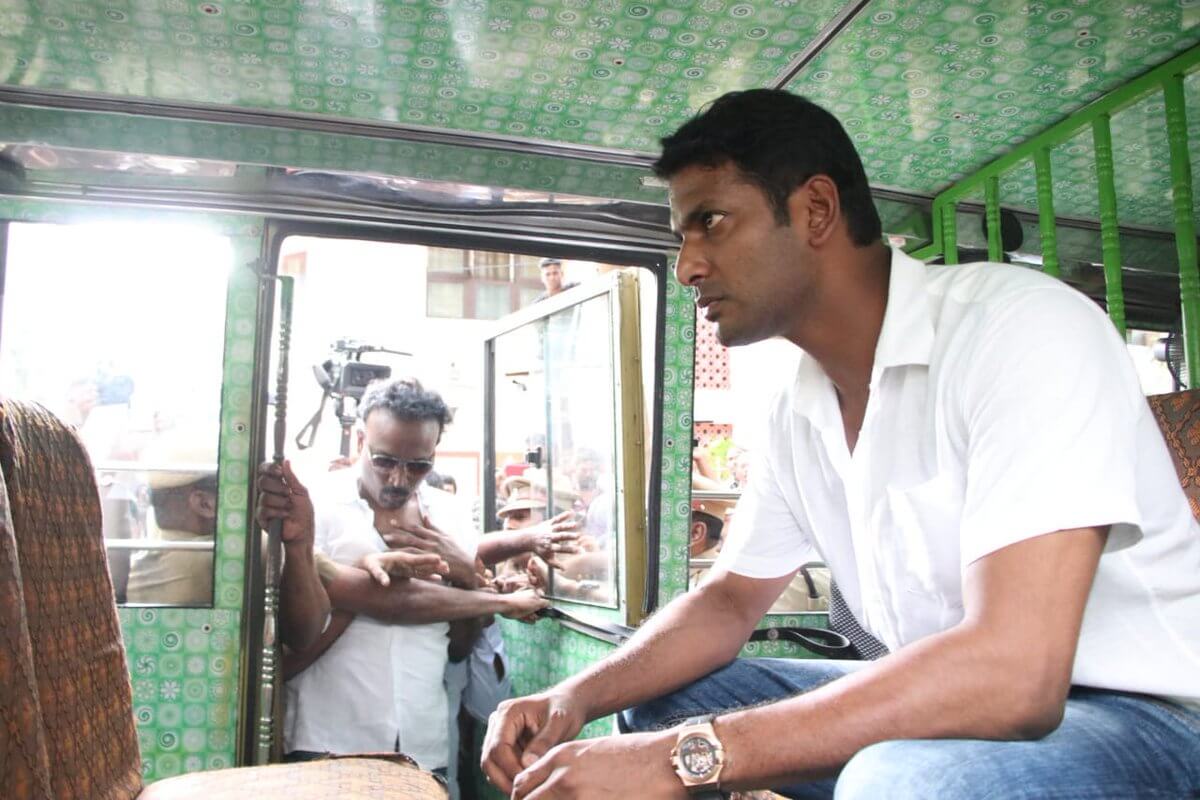 Currently, members in the Tamil film industry criticizing TFPC president Vishal for allowing 7 movies to release this Christmas. Yesterday, the Tamil Film Producers Council (TFPC) office in Yogambal street in T Nagar and Anna Salai in Chennai was locked by producers A.L.Alagappan, J.K.Ritheesh, and a few others. On Wednesday morning, the group of producers alleged that actor Vishal to resign as the President of TFPC. Alagappan had also said that the keys of the TFPC office would be given in the Commissioner office.

Speaking to reporters at the Anna Salai office of the TFPC, producer Azhagappan said,

“We had asked about the deposit amount that is there in the association, but Vishal never responded. Producer Kathiresan said that he doesn’t have an idea about it. As a secretary of the association, Kathiresan’s answer was not right and acceptable.

Moreover, when he (Vishal) came into power, he assured that only a maximum of 4 films will release for a weekend. But, last week, we had seen the release of more than 4 films and as a result, most of the producers faced a big loss. This week, there are 7 movies, and Vishal says the association will not interfere in the release, since it is a holiday weekend. This will definitely incur loss for many producers, and so, we have all come together (around 200 people) to ask Vishal to resign as the President of TFPC. He is making decisions independently without having any discussions or meetings with other members. We have now locked the office and we will give the keys in the register office.”

Following that, Today, Vishal and his team went to the office and tried to break the locks, which resulted in a serious argument between the actor and the Police officials. A few hours ago, actor Vishal was arrested and taken into a van, under the police custody.

Vishal, who seemed frustrated with this incident said

“Unauthorised people lock our office and the Police provides protection for an unofficial lock. As a President, I want to go and do my work and when I entered, the Police argued and arrested me, saying that I am obstructing a Government servant to do the job. This is definitely not acceptable.”