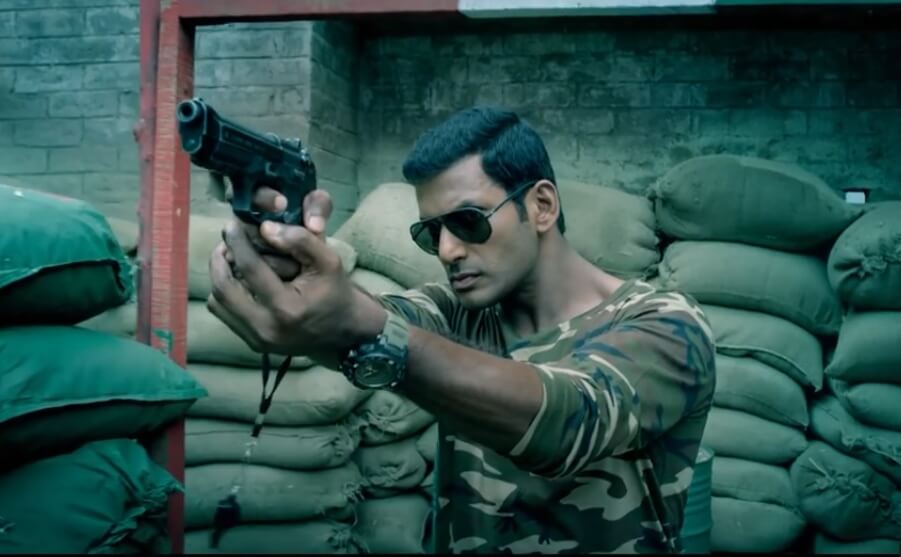 Vishal Krishna is the Indian Film Actor and Producer who works in the Tamil Film Industry. Most of his films are dubbed into his native language Telugu. He produces films under the production company, Vishal Film Factory. He made the entrance into the film industry as the assistant director for Arjun. He then became an actor and played his first leading role in romantic thriller Chellamae (2004), before going on to star in commercially successful films Sandakozhi, Thimiru, Thaamirabharani, and Malaikottai. Following a series of unsuccessful films at the box office, Vishal has chosen to create his production studio and has produced and worked on the profitable ventures such as Pandiya Naadu (2013), and Naan Sigappu Manithan (2014). Vishal soon to tie the knot with Telugu actress Anisha Alla Reddy from Hyderabad. Anisha Alla Reddy has acted in films like Arjun Reddy and Pelli Choopulu.

Vishal was born on 29 August 1977, in Chennai. He was the son of G. K. Reddy and Janaki Devi. His father was the film producer for Telugu and Tamil films, and his family is settled in Chennai. His elder brother Vikram Krishna has produced several of Vishal’s films and had previously appeared as the actor in films under the screen name of Ajay. Vishal has a younger sister Aishwarya. Vishal obtained his secondary education from Don Bosco Matriculation Higher Secondary School. Afte that he has completed the Visual Communication at Loyola College, Chennai. He produces films under this production company, Vishal Film Factory. Vishal was elected as General Secretary of Nadigar Sangam in October 2015 after starting a movement against the early committee. He was expelled from the Tamil Film Producers’ Council (TFPC) for remarks against the council. Later in April 2017, He won the election and got elected as the President of Tamil Film Producers Council. Vishal assisted actor-director Arjun Sarja in his venture Vedham (2001), and a producer spotted Vishal on the sets of the film and signed him to appear in the acting role in Gandhi Krishna’s Chellamae. He got engaged with Telugu actress Anisha All Reddy on 16 March 2019.