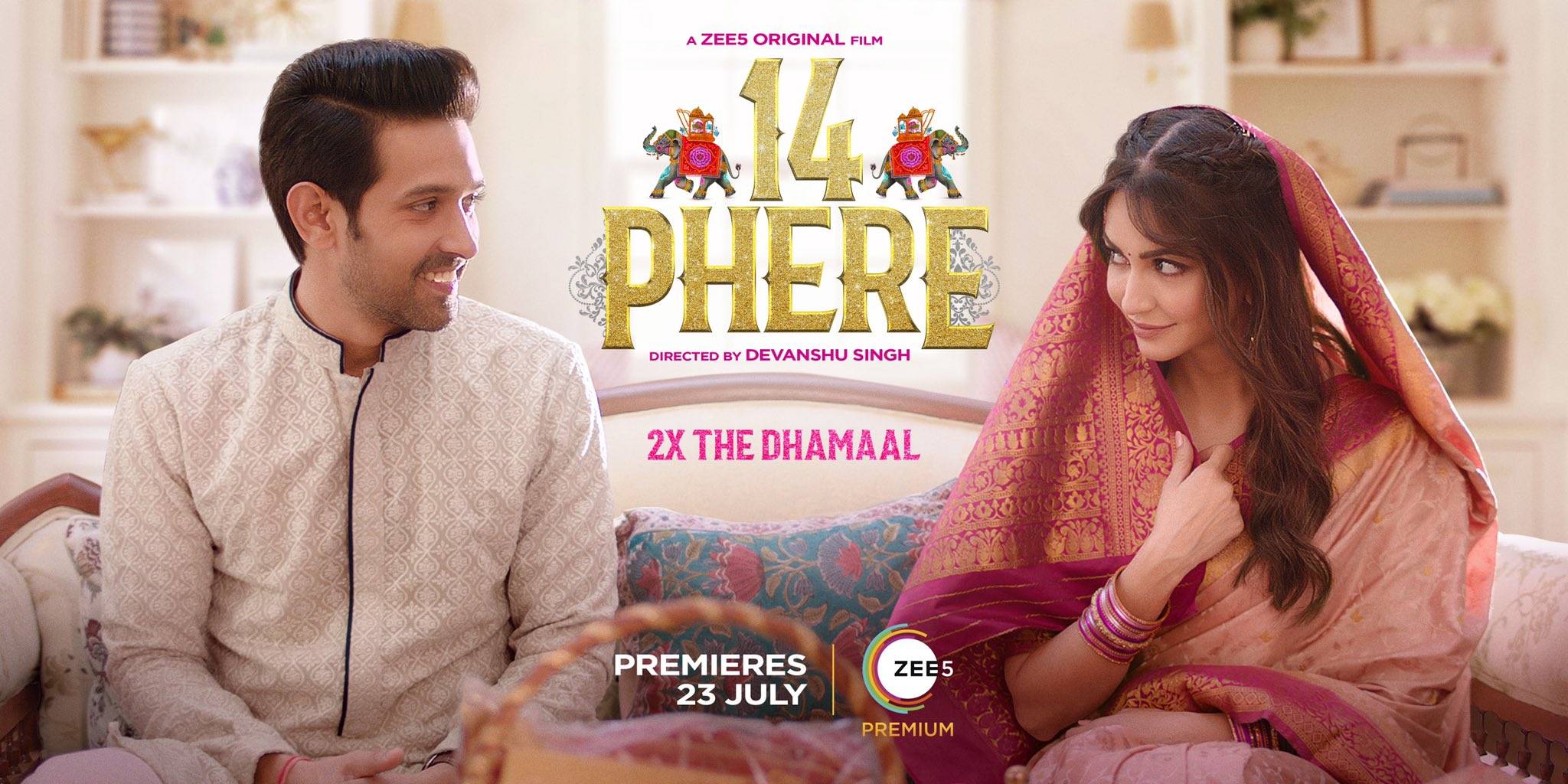 Watch 14 Phere Movie Online (2021): Vikrant Massey and Kriti Kharbanda starring 14 Phere movie set to release on ZEE5 Premium. It is an upcoming social comedy-drama directed by National Award-winning filmmaker Devanshu Singh and written by Manoj Kalwani. ZEE studios have done the productions for the film. 14 Phere movie streaming and satellite rights were bagged by ZEE5 and it will premiers on July 23, 2021

14 Phere is a social drama, where Vikrant plays the role of Sanjay, belonging to a Rajput from Jahanabad who falls in love with Aditi (Kriti), who belongs to Jat from Jaipur. They want to get married without ruining their families and tries to succeed by arranging a fake set of parents. This comedy family entertainer will make your home more fun. Watch 14 Phere on ZEE5 Premium from July 23. ZEE5 has more than 40,000 hours of binge-watching stories, movies, and episodes. Radhe is one of the latest movie starring Salman Khan, Disha Patani that has been released on ZEE5. ZEE5 Premium can be available at RS. 499 per year.