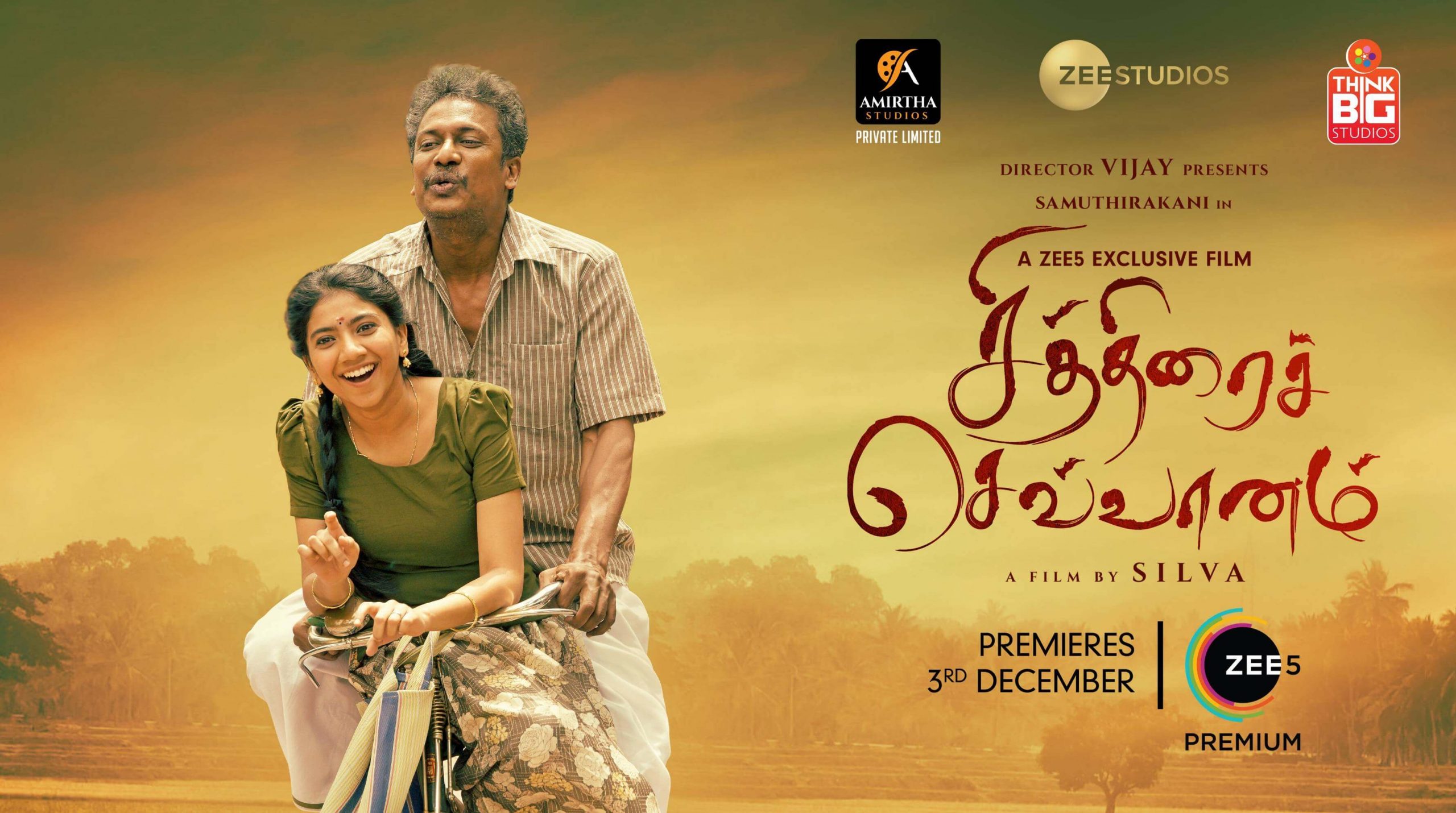 Chithirai Sevvaanam is the most awaited Tamil drama from the direction of Silva. Samuthirakani plays the main role in the movie and Pooja Kannan, younger sister of actress Sai Pallavi marks her debut. Director A L Vijay presents the movie and it’s produced by Amirtha Studios Private Limited and Think Big Studios. Sam C S composes the background scores and music tracks for the film. While the lyrics were penned by Vairamuthu. The story is based on the father-daughter relationship and their bonding. ZEE5 bags the streaming rights for the film and it will be premiered on December 03, 2021.

Let’s look at the main cast of the upcoming Tamil movie Chithirai Sevvaanam,

Here’s the interesting motion poster of the Chithirai Sevvannam movie,