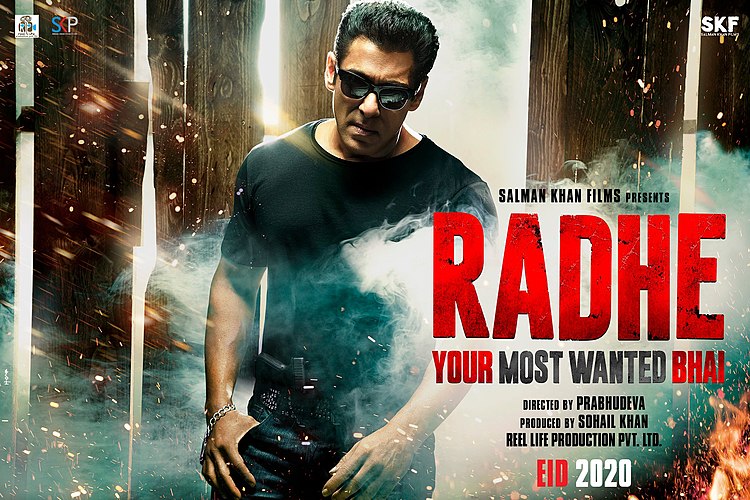 Radhe: Your Most Wanted Bhai is an upcoming Hindi action film directed by Prabhu Deva. After Wanted and Dabangg 3, it is the third collaboration of Prabhu and Salman. The action-thriller is being produced by Salman Khan, Sohail Khan and Atul Agnihotri under the banners Salman Khan Films, Sohail Khan Productions and Reel Life Productions Private Limited respectively. The film features Salman Khan, Disha Patani, Randeep Hooda in the lead roles.

The principal photography of the film happened on 4 November 2019. Due to COVID-19 pandemic, the film will be released online on 13 May 2021. The streaming rights of the film were acquired by Zee Plex and ZEE5. The makers will also release ‘Radhe’ in theatres when the pandemic subsides.

Take a look at the movie poster of Salman Khan’s Radhe,