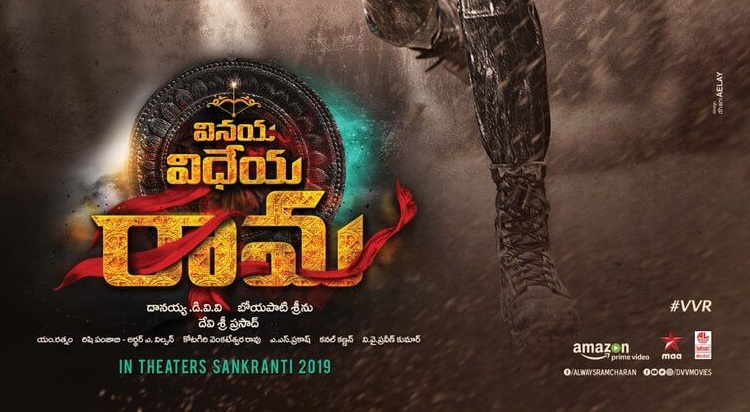 Vinaya Vidheya Rama is an upcoming Telugu movie written and directed by Boyapati Srinu. Produced by DVV Danayya under DVV Entertainments banner, Vinaya Vidheya Rama movie features Ram Charan in the lead role along with Kiara Advani, Vivek Oberoi, Prashanth and more. Music director Devi Sri Prasad has composed the songs and background score for this movie. The cinematography for this movie was jointly handled by Rishi Punjabi and Arthur A Wilson. The editing work for this movie was jointly handled by Kotagiri Venkateswara Rao and Thammiraju. Check out below for Vinaya Vidheya Rama Telugu Movie (2019) Cast, Songs, First Look, Teaser, Trailer, Release Date, Review and more.