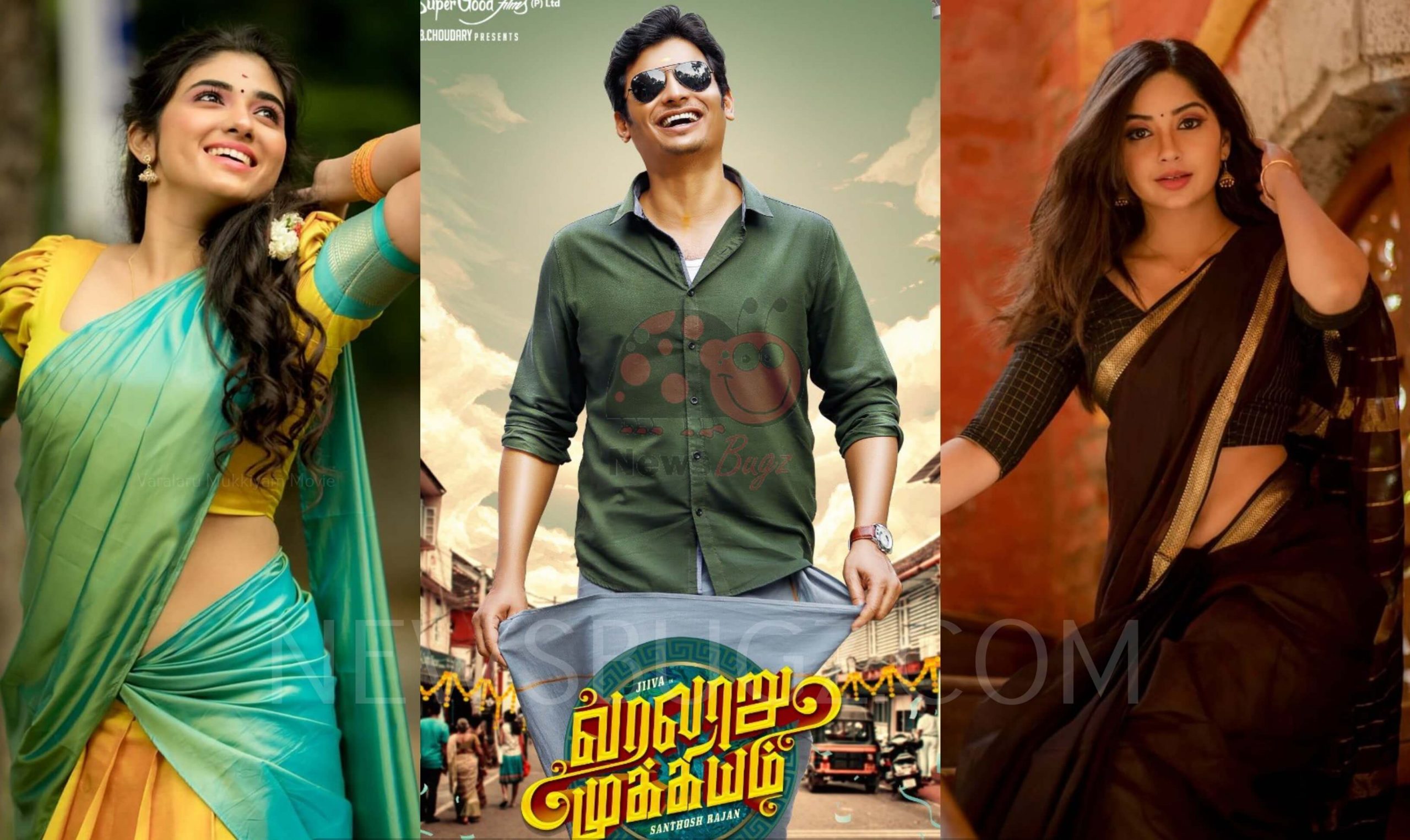 Varalaru Mukkiyam is an upcoming Tamil movie starring Jiiva in the lead role. Directed by Santhosh Rajan, the film was bankrolled by RB Choudary’s Super Good Films. The film was shot by Sakthi Saravanan and the cuts are done by NB Srikanth. Shaan Rahman is the music director of the film. Touted to be a romantic comedy, the film stars Kashmira Pardeshi and Pragya Nagra as female leads. An announcement on Varalaru Mukkiyam Movie online streaming platform will be made soon. The film is slated to be released soon.

Check out the complete details on Varalaru Mukkiyam Tamil Movie 2022,

Take a look at the interesting poster of Jiiva Varalaru Mukiyam film 2022,