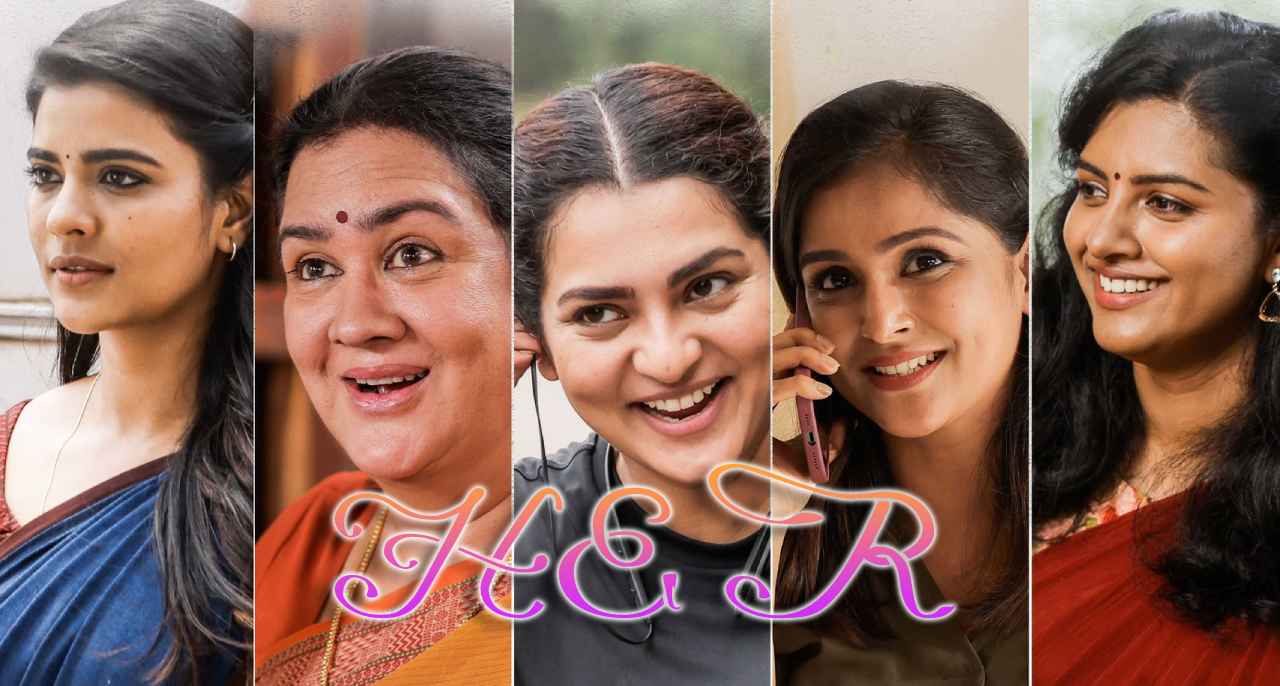 Her is the latest Malayalam female-centric drama helmed by Lijin Jose. It has an ensemble cast of Aishwarya Rajesh, Urvashi, Parvathy, Ramya Nambessan, Lijomol, and others. It is produced by Anish M Thomas under AT Studio banners. Archana Vasudev has scripted the plot. Music composer Govind Vasantha scored the tunes and tracks. Cinematography is done by Chandru Selvaraj and Kiran Das worked on the editing part. The film is in the production stage and the release date will be announced near future.

Here is the main and lead cast list of Her Malayalam movie 2023,

An announcement on Her movie ott release date will be made soon. According to sources, the film was bagged by Sony LIV (Not Yet Confirmed). Stay tuned with NEWSBUGZ.COM to know where to watch Her Malayalam movie online.

The teaser and trailer for the Her movie will be released soon,

Check out the official first look poster of Her movie,