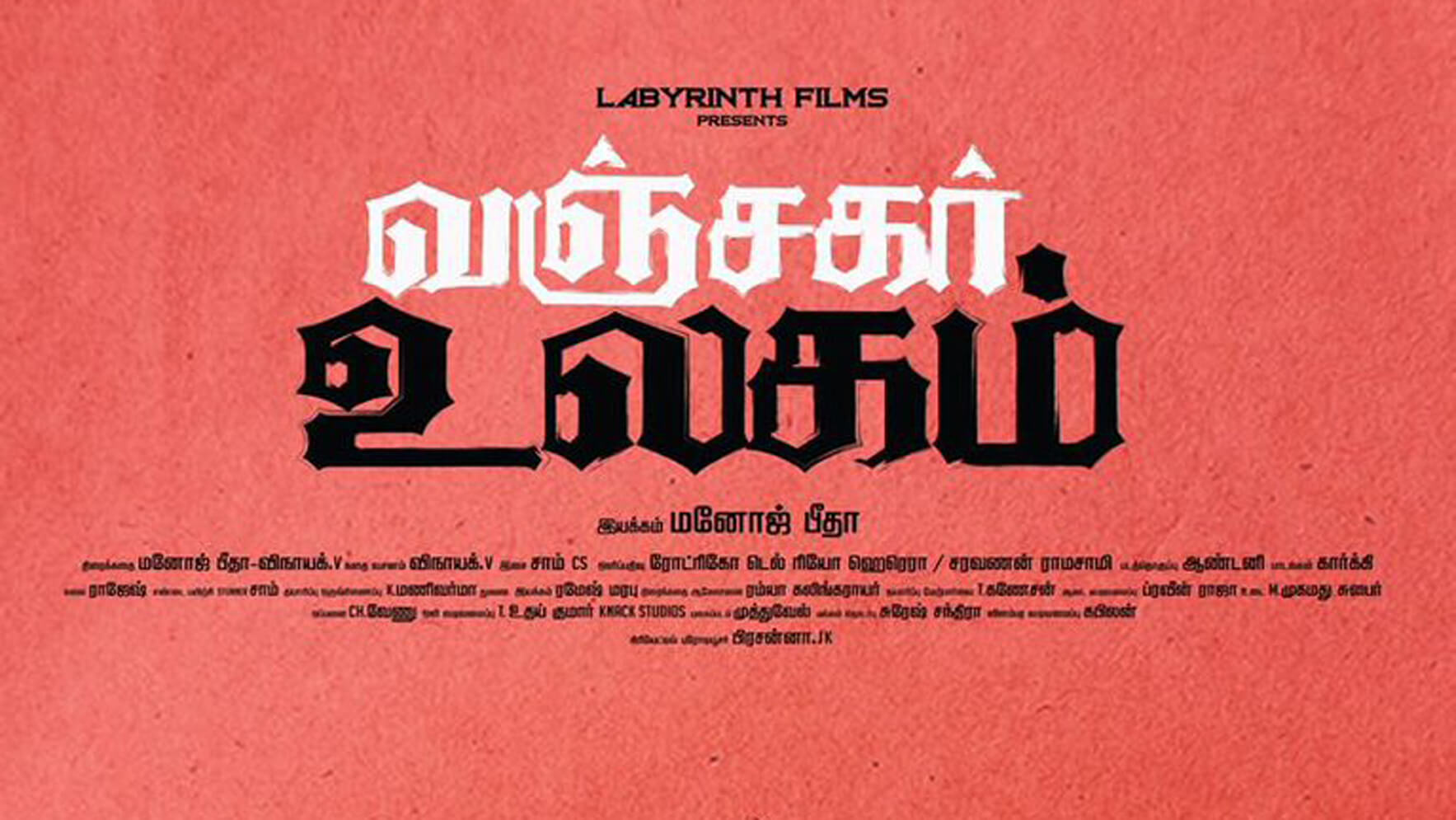 Vanjagar Ulagam is an upcoming Tamil crime drama and thriller directed and produced by Manoj Beedha under the banner of Chennai based “Labyrinth Films.” Vanjagar Ulagam movie features Guru Somasundaram in a prominent role along with Hareesh Peradi, Ciby Bhuvana Chandran, Vishagan, Anisha Ambrose, Chandini Tamilarasan and Vasu Vikram. The story and dialogue for this movie are penned by Vinayak V and music director Sam C.S has composed the songs and background music for this film. Anthony has the handled the editing work for this film and Rodrigo Del Rio Herrera has handled the cinematography work along with Saravanan Ramasamy. The stunt sequence in Vanjagar Ulagam Tamil Movie was handled by Stunner Sam and the audio label of this film is acquired by Think Music India. Check out below for Vanjagar Ulagam Tamil Movie, Cast, Teaser, Trailer, Songs and more.

Vanjagar Ulagam is a gangster film that has Guru Somasundaram in the lead role. The film deals with the psychology of a gangster. Chandini, Vishagan Vanagamudi, Anisha Ambrose, Azhagam Perumal, John Vijay, Vasu Vikram, and other supporting casts have done their job well.  Guru showing some spark in the second half.