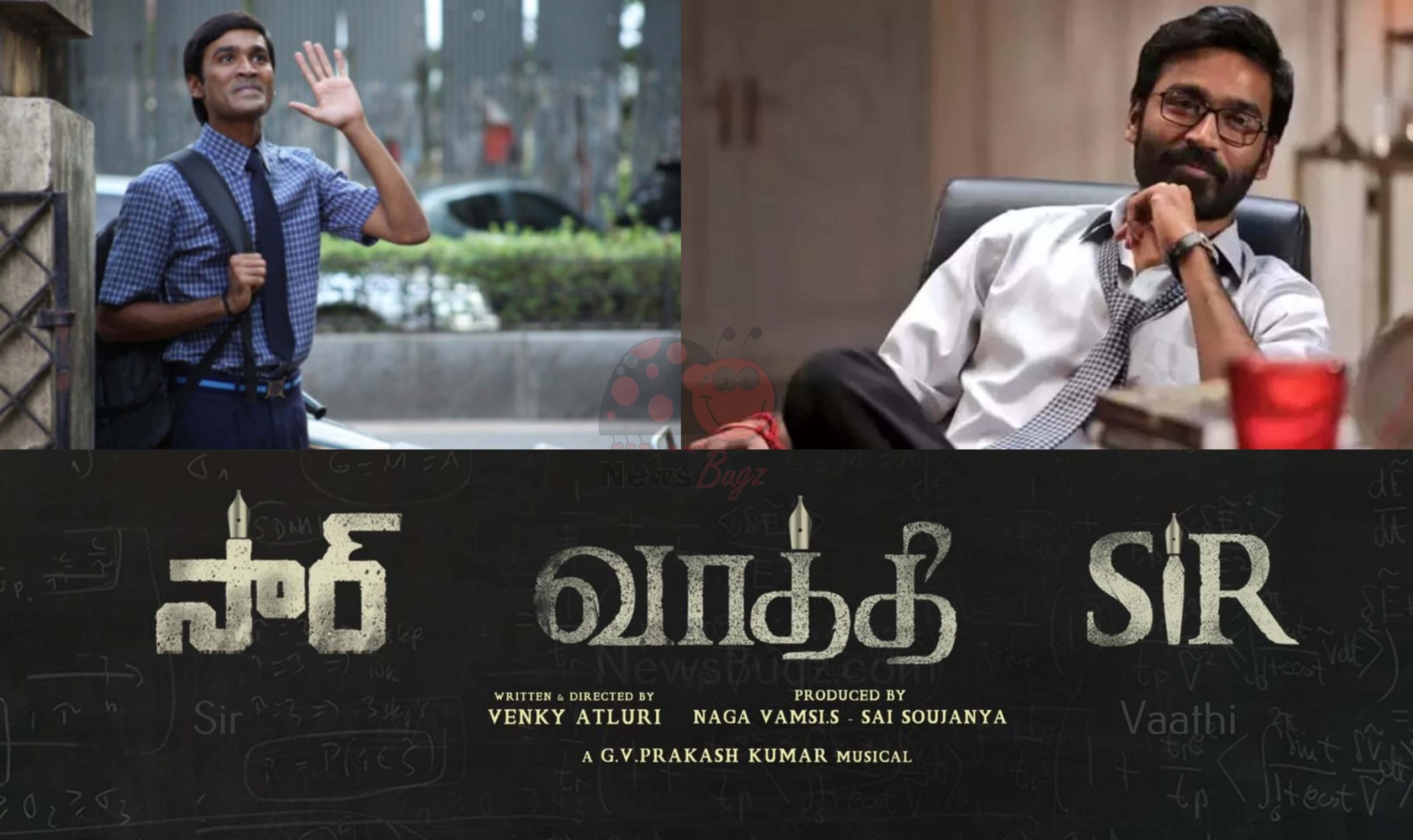 Vaathi is an upcoming bilingual movie starring Dhanush and Samyuktha Menon in major roles. Directed by Venky Atluri of Rang De fame, the film was made under the banner of Sithara Entertainments and Fortune Four Cinemas. The film also features Saikumar and Tanikella Bharani in prominent characters. It is the first direct Telugu film for actor Dhanush. Sir is the title of the Telugu version.

Vaathi movie music was composed by GV Prakash Kumar. The Cinematography and editing were done by Dinesh Krishnan and Navin Nooly respectively.

Here is the main cast list of Vaathi Tamil Movie 2022,

GV Prakash composes the music for the film. All Vaathi songs will be released soon.