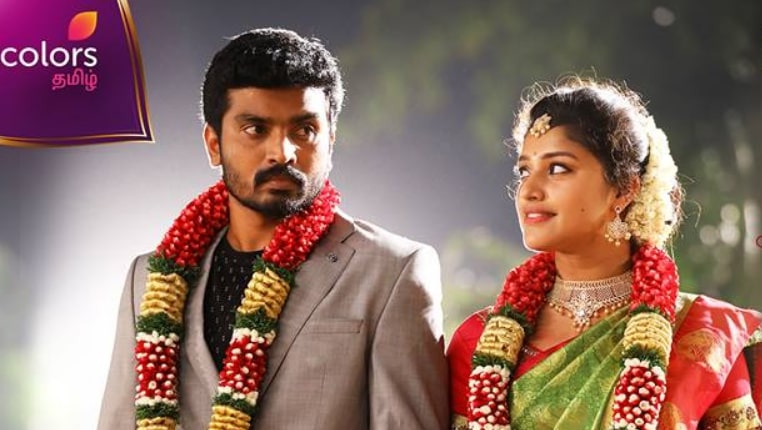 Thirumanam is a Tamil television serial which gets telecasted on Colors Tamil from Monday to Saturday at 8:00 pm. The family drama features Sidhu Sid (as Santhosh), Shreya Anchan (as Janani Santhosh) in the key roles. Thirumanam Serial also stars Britto (as Gautham), Vidhya (as Anitha), Sherin Janu (as Shakti), Indumathy (as Maya), Tina (as Aarthi), Reysha Rey (as Swetha) and others. The family soap opera was directed by Azhagar Perumal.

Santosh is in love with a girl named Shakti while his parents force him to marry Janani. Unable to stand against his parent, he promises to marry. He thinks of stopping the marriage in many way but he couldn’t. After marriage, the furious Santhosh scolds and asks divorce to Janani. Later,, both fall in love after Santhosh felt Janani’s love. Will she give divorce?