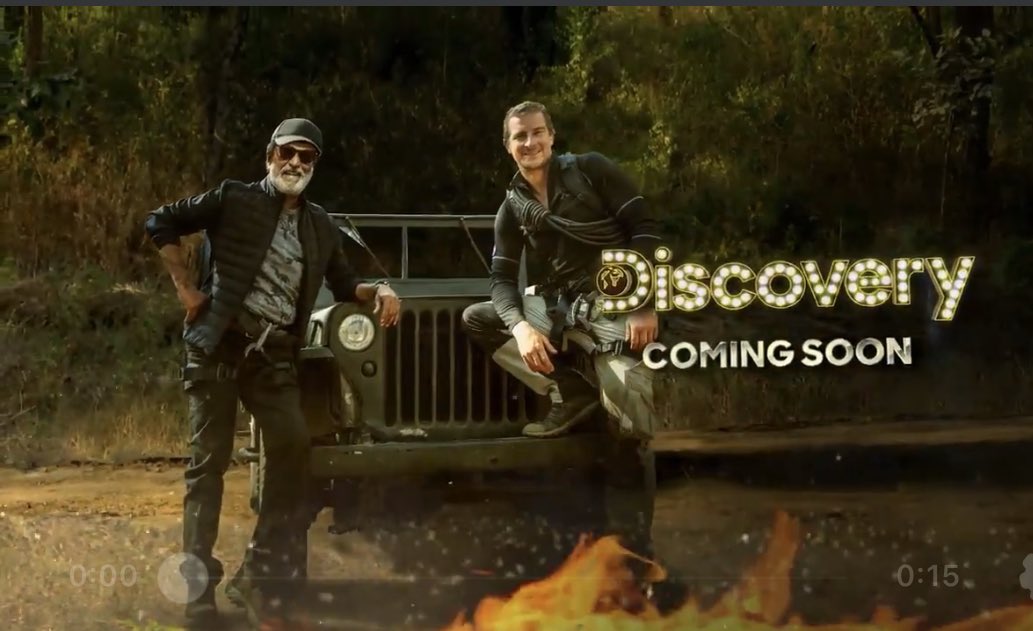 Superstar Rajinikanth features in the episode of Man vs Wild with Bear Grylls. The episode has been shot in Karnataka’s Bandipur National Park, established in 1974 as a tiger reserve under Project Tiger. The episode will be aired in the Discovery Channel on March 23 at 8 PM.

Rajinikanth is one of the most successful actors in India, who has appeared predominantly in Tamil cinema. His latest release is the cop action thriller Darbar directed by AR Murugadoss. here is the new sneak peek video of Man Vs Wild show,