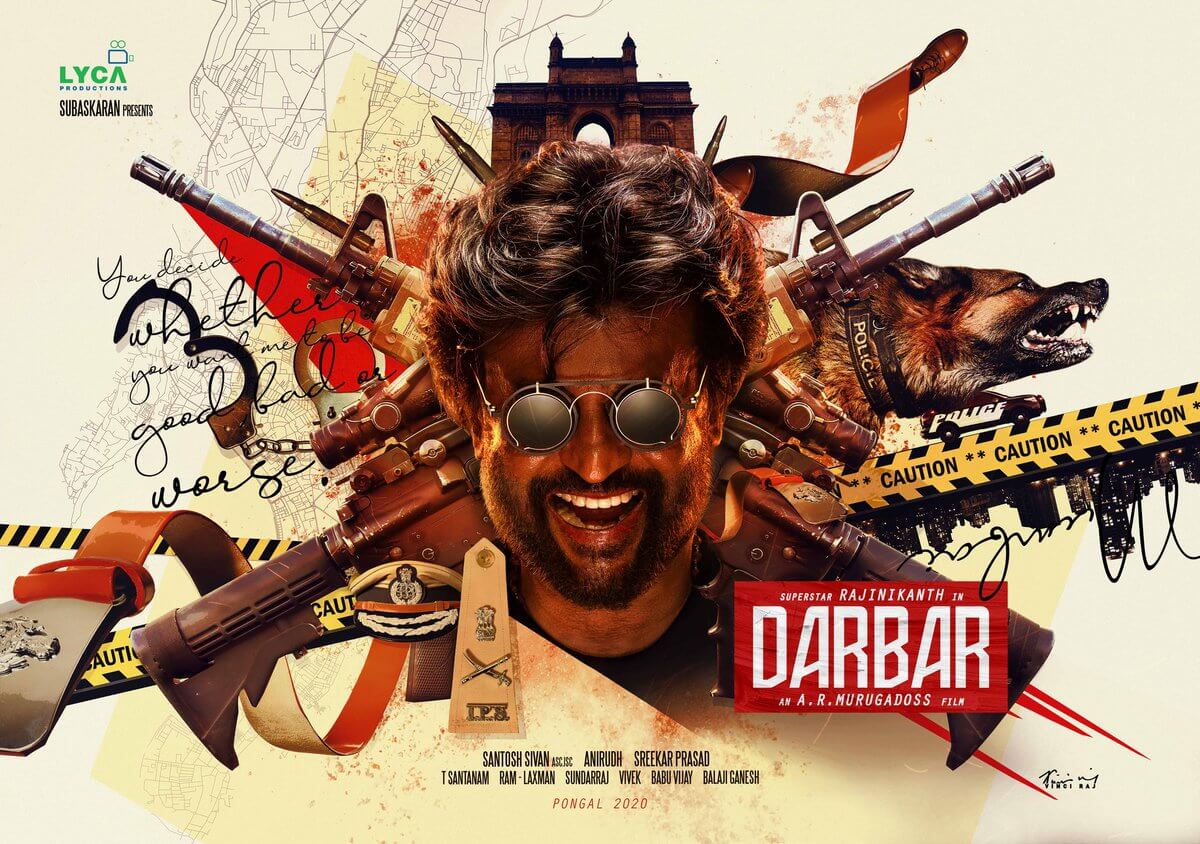 Darbar is an upcoming Tamil movie written and directed by A. R. Murugadoss. Produced by Subashkaran under Lyca Productions banner, Darbar movie features Superstar Rajinikanth, Nayanthara, and Yogi Babu in the lead roles. Music Director Anirudh Ravichandran composes Darbar songs and background score for this movie. Santosh Sivan handles the camera for this movie and the editing is done by Sreekar Prasad. Darbar film is slated for Pongal 2020 release. This marks Rajinikanth’s 167th film of his career.

Going by the Darbar first look poster, there is a catchy punchline “You Decide Whether You Want Me To Be Good Bad or Worse,” and it also features a police cap, badge, belt, handcuffs, and crime scene tape. This seems to be a cop story for Superstar after 25 years, where Rajinikanth will play a police officer.

The first single from Darbar will be out today in both, Tamil and Telugu. The song is titled Chumma Kizhi in Tamil and Dhummu Dhooli in Telugu.