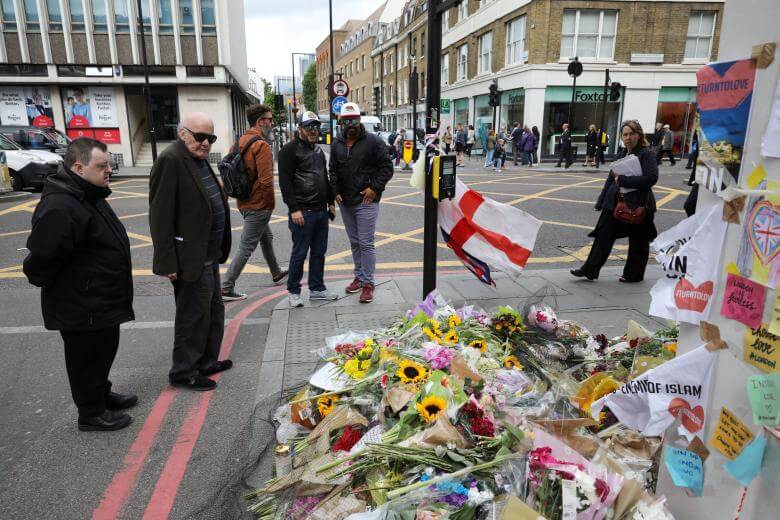 The London Bridge attack made by three Islamists, by driving the van into the walker’s platform, they killed eight people and attacked the people who passed that way. The UK capital’s counter-terrorism unit told that the terrorists tried to hire a 7.5-tonne truck. The police officials found petrol bombs and some deadly weapons like pink ceramic knives at the back of a van, in whcih the terrorists drove-in.  And while checking the safe house, they found a Quran opened with the page martyrdom. Haydon said that this massacre is mainly planned to kill many by hiring a truck. He also added that in case if they had got that truck, the tragedy would have been more serious.

Haydon said that ISIS had taken responsibility for this massacre. He also stated that all three are from different places, Briton Khuram Butt from Pakistan and Youssef Zaghba from Italy. But Rachid Redouane had a link with Libya, Morocco and Ireland and so the police officials cannot be able to get any evidence.

ISIS had taken responsibility for this massacre.

Haydon, head of London’s Counter Terrorism Command said that we are not searching for an entire network, but trying to know that how the three met each other and how they know each other. And they have only one common link between them, that is, all three are drivers. Haydon also added a similar incident took place in 2005 at the city’s transport network, a suicide bomber killed 52 people.

Commando Haydon said on Saturday morning, Butt, who was believed to be the ringleader, tried to rent a 7.5-tonne truck but did not provide payment details. The reason is unknown that why he cannot pay or in case his driving license is not suitable for driving these trucks. Similarly, in last July an attack was held in Nice, France, the attack was done by 19-tonne truck killing 86 people. At 17.00 GMT, Butt received his confirmation message for hiring a Renault van.

The van driven by Butt struck three people in the bridge, killing them. Before dropping down the van, they started attacking the bars and the Restaurant nearby bustling Borough Market. They also carried some deadly weapons like 12 inch and 30 cm Pink Ceramic Knives strapped with leather handle, and they have some fake suicide belt, and the plastic bottles covered by pipe tapes.

After eight minutes of the attack police officials arrived and fired 46 rounds and killed all three acquiesce. In this attack, three French nationals, two Australians, a Canadian, a Spaniard and a Briton were killed. And the van detectives arrived and checked the van, they got 13 wine bottles with Molotov cocktail petrol bombs and two blow torches. Haydon said it is to fire the petrol bombs, which may be their second plan of the attack.

There were also office chairs, a suitcase and two bags of gravel which Haydon said might have been to add weight or to act as a cover story for their activities to friends and family.

They planned and prepared for this attack from Redouane’s home that located in Barking, east London. In that safe house, they saw an English Koran that left opened on the page that describing martyrdom and with some attacking materials.

Haydon said since last Saturday they had taken 262 statements from people from 19 different countries and numerous international inquiries were ongoing relating to the attackers and the victims.

The police officials and the security officers said that they know Butt well because he is the person who did the documentary on TV in the title of  “Jihadis Next Door” and he is joined in it and placed the Islamic State Flag in the park.

Haydon acknowledged that Butt had links to al Muhajiroun, a banned group headed by cleric Anjem Choudary. He was jailed last year for encouraging support of IS, which has been linked to numerous militant plots in Britain and abroad. Butt was also arrested for fraud last October but was about to be told by prosecutors he would face no further action.

“We will be looking at intelligence and our processes, and asking ourselves the question: ‘Could we have prevented such an attack?’,” Haydon said. “There is nothing that I’m seeing at the moment that suggested that we got that wrong.”

Now the police have placed the barrier gate in eight bridges of River Thames for security reasons. Then they are also keenly watching the important cities and the crowded places and the stadium and refreshing advice to theatres, bars, shopping centres and sports venues.