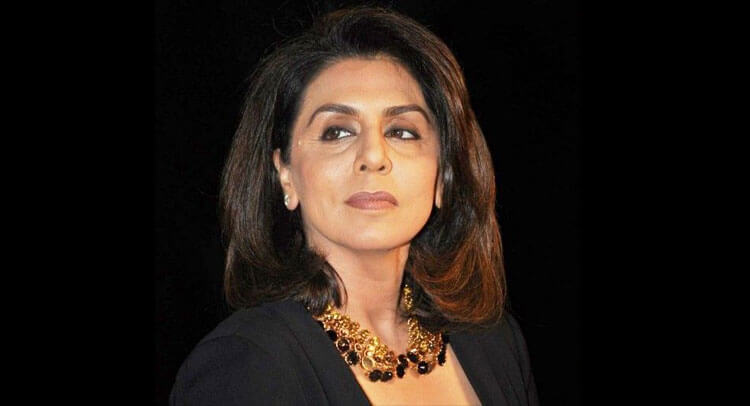 Neetu Singh is an Indian Actress, who predominantly appears in Bollywood film industry. Moreover, she is the wife of famous Bollywood actor Rishi Kapoor. She made her Hindi movie Suraj as a child artist in the year 1966. In her childhood days, she was called as Baby Sonia. Then she made her debut movie Rickshawala in a lead role in the year 1973 and she appeared more than 50 films as well. Check out below for Neetu Singh (Rishi Kapoor Wife) Wiki, Biography, Age, Movies, Images and more.

Neetu Singh was born on 8 July 1958, in Delhi, India. Neetu Singh Family is now residing in Mumbai, Maharashtra, India. Her father is Darshan Singh and his mother Rajee Singh. She did her schooling in Hill Grange High School, Mumbai and her graduation details will be updated soon. She started her acting career at the age of 8 and she was also called as Baby Sonia. She made her debut as a child artist for the movie Suraj she appeared along with Rajendra Kumar and Vyjanthimala which is directed by T. Prakash Rao in the year 1966. With that, she also appeared as a child artist in various movies like Dus Lakh, Waris, Pavitra Paapi and Ghar Ghar Ki Kahani. Then in the year 1973, she appeared as a lead actress for the movie Rikshawala and later she appeared in more than 50 movies as well. On both off the screen and on-screen Neethu Sing fell in love with Rishi Kapoor and they got married on 22 January 1980. This couple has two children they are Riddhima Kapoor Sahni was born on 15 September 1980 and son name Ranbir Kapoor who was born on 28 September 1982 who is also a leading Actor in Bollywood film industry.